Are we heading for a La Niña Modoki?

THIS spring and coming summer could herald the arrival of an El Niño-Southern Oscillation (ENSO) climatic condition called La Niña Modoki which, according to research agencies, could potentially assist moisture flow into the central and northern farming areas of eastern Australia. 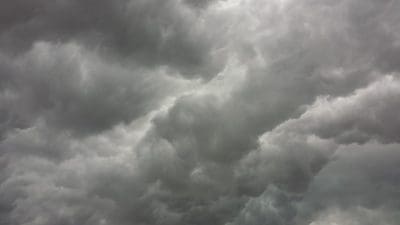 While commentators tend to emphasise the state of ENSO circulation patterns with rainfall – El Niño (drier than normal), neutral (average) and La Niña (wetter than normal) – climate scientists have gained a better understanding of the subtleties within these ENSO conditions assisting model predictability in some years.

What is an ENSO Modoki condition?

ENSO can be described as a coupled atmosphere–ocean phenomenon that exhibits substantial variations with regionally different outcomes, leading to a diverse continuum of realised ENSO events.

Since the late 1970s, conventional ENSO La Niña and El Niño events have become less frequent, while a second “flavour” of ENSO – Modoki – from the Japanese language meaning ‘similar but different’ – has become slightly more prevalent.

Both El Niño and La Niña Modoki events can occur independently at times when tropical ocean indices may not achieve thresholds in a classic El Niño or La Niña event.

The word Modoki was introduced by Toshio Yamagata, a University of Tokyo professor specialising in climate dynamics in 2004 while explaining a probable cause behind the abnormal summer climatic conditions over Japan. It has often been used since then by the Japanese mass media.

Both El Niño and La Niña Modoki events can significantly influence the temperature and precipitation over many parts of the globe.

During the Australian winter and spring when an El Niño Modoki event occurs, the significantly warmer sea surface temperature anomalies (SSTA) in the central equatorial Pacific is flanked by significantly colder-than normal SSTA in the western and eastern tropical Pacific.

Significant research has since been conducted to identify, describe and understand these El Nino “types”. These differences have been studied in the literature and although they cannot be considered completely separate phenomena, they do have distinct climate impacts.

Researchers at the South Korean Ocean Research and Development Institute in Ansan, found that in the past 20 years, the Modoki events have increased from about one out of five to half of all El Nino events.

Their computer modelling predicts Modoki events may occur five times more often by the end of the century.

With these research findings in mind, ENSO Modoki is definitely a climatic process to be aware of when evaluating seasonal climate risk to understand impacts on seasonal conditions.

In terms of impact on rainfall and climate in cotton regions, researchers at the Australian Bureau of Meteorology and University of NSW found ENSO Modoki is the leading driver of rainfall in some cotton areas during the autumn, winter and spring.

Analysis of rainfall correlation strength (Figure 2) through a moving three-month window shows the Modoki Index (EMI, navy blue) as the dominant driver in many Northern NSW and Southern Queensland farming areas. The impact of the Modoki condition is reduced post-spring season, when other influences take over or significance is reduced below 95 per cent.

ENSO events tend to peak during late spring and decay in February- March.

Figure 3: The latest POAMA EMI prediction for spring with the solid green line dipping below La Niña Modoki thresholds in August and persisting through the 2016 spring season.

When ETo is reduced (increased), winter crop harvesting opportunities will be less (more).

Results of the analysis suggest lower ETo in the majority of cropping areas likely in spring 2016.

To sign up for the fortnightly e-newsletter (and other CottonInfo communications) visit
www.cottoninfo.com.au/subscribe