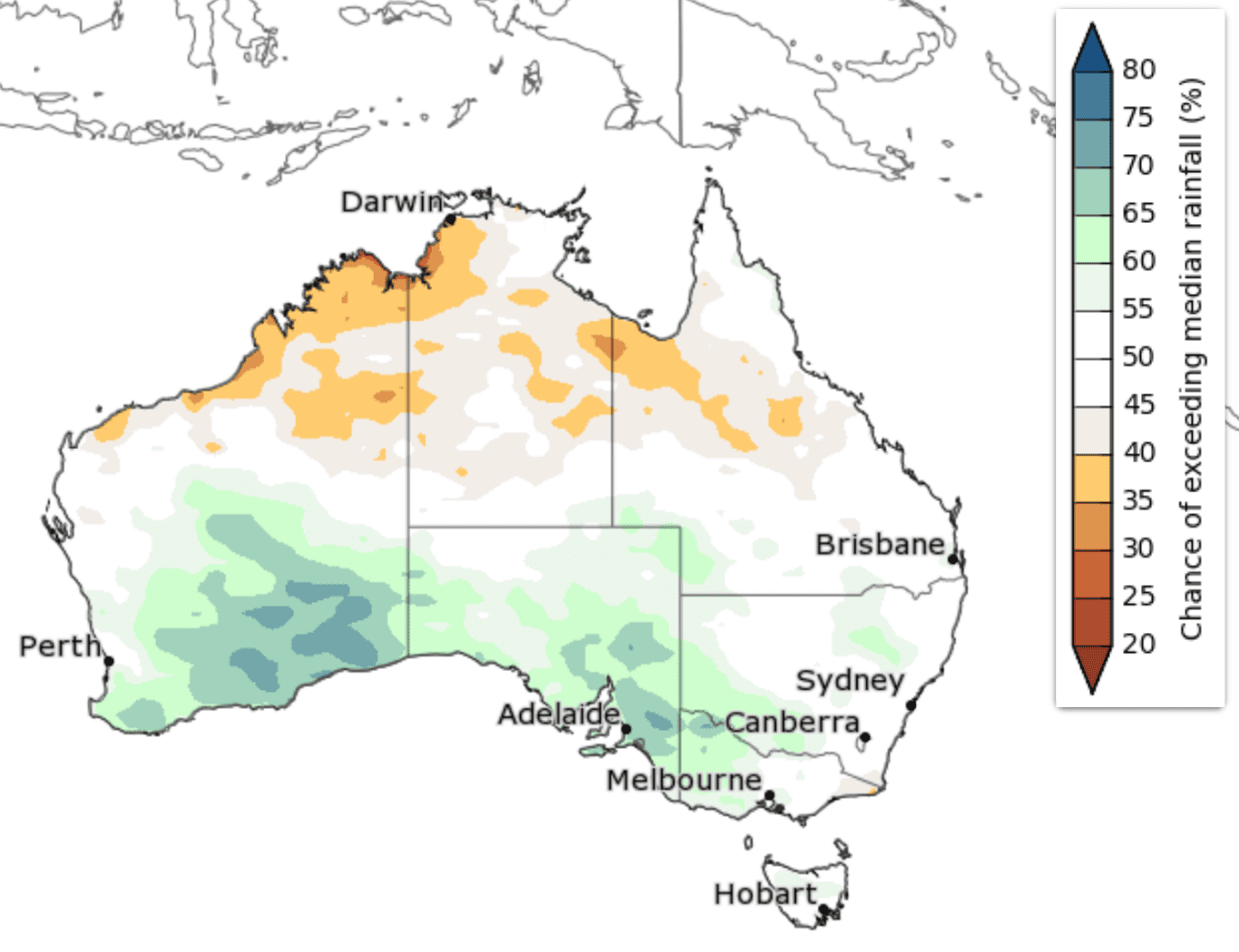 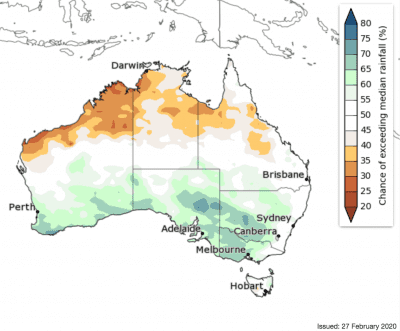 The rainfall outlook for March shows southern WA, southern SA, as well as western and central parts of both Victoria and NSW have an increased chance of being wetter than average (60–70% chance).

However, northern WA, and large areas of northern parts of the NT and Queensland are likely to have a drier month (60–70% chance, up to 75% chance in northern WA). 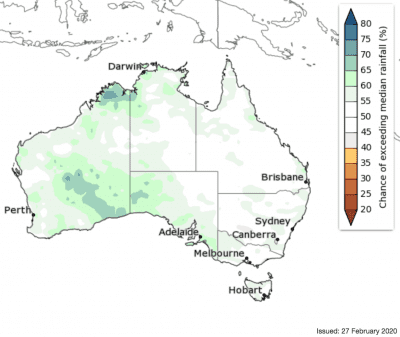 While recent rainfall over parts of eastern Australia has eased the dry in a number of areas, long-term rainfall deficiencies continue for almost a third of the country. Several months of above average rainfall may be required to replenish water storages and raise streamflows.

Major Australian climate drivers such as the El Niño–Southern Oscillation (ENSO) and the Indian Ocean Dipole (IOD) are currently neutral, and are forecast to remain neutral through autumn.

When these major climate drivers are neutral, widespread above or below average seasonal rainfall becomes less likely. Warmer autumn days and nights likely for most of Australia 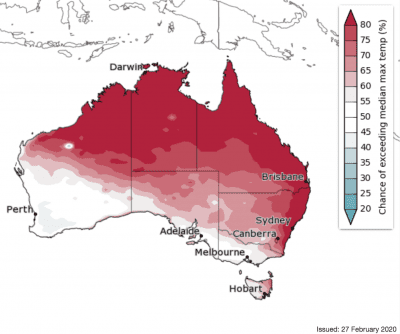 Daytime temperatures for autumn (March to May) are likely to be above average across most of Australia, although days have roughly equal chances of being above or below average in the south.

Autumn night-time temperatures are very likely to be warmer than average for most Australia (greater than 80% chance in northern and western Australia, 60-80% chance in the southeast).

April to June is also likely to see warmer than average days and nights for most of the country.

Warmer seas around Australia and long-term climate change is likely influencing this temperature outlook. Australia’s climate has warmed by around 1.4 °C since 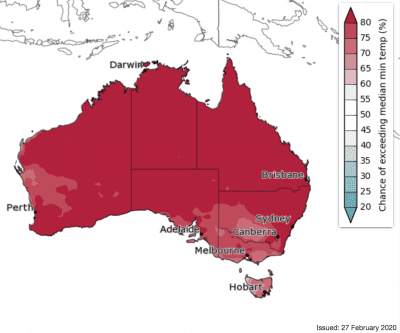