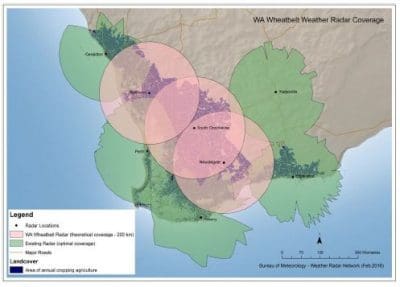 Figure 1: Location and coverage maps for the new radars, showing how they fill gaps in coverage over the WA grainbelt.

These radars will be complemented by a third installation, currently under construction at Watheroo, completing Doppler radar coverage across the agricultural region.

Doppler radar works by sending pulses of electromagnetic waves, which are reflected back to the radar by objects in their path, such as rainfall or dust. They have an additional ability to measure movement of objects using the Doppler Effect. 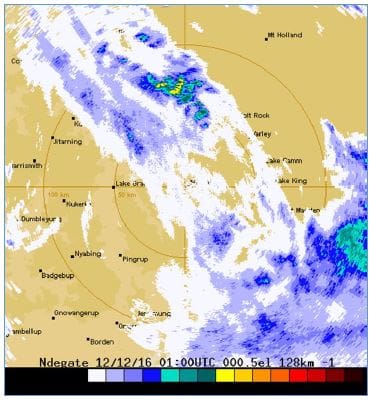 Figure 2: The radars will show the familiar view of strength of returned signal, such as in this example from Newdegate radar showing estimated rainfall intensity.

Speaking at the 2017 Grains Research Development Corporation (GRDC) Research Updates in Perth, Western Australian Department of Agriculture and Food (DAFWA) research officer, Ian Foster, said there had been a long-standing need to enhance radar coverage for the WA grainbelt. 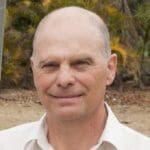 “While many regions in the eastern states receive Doppler radar coverage, WA coverage has been limited to radars located at Perth (Serpentine) and Kalgoorlie. Importantly, many of our international competitors have broad coverage from Doppler radars,” Dr Foster said.

“Previously, parts of the region were on the edge of radars – either on the coast or well inland – which did not receive adequate Doppler radar information.

“Weather prediction and recording across the grainbelt will be significantly improved by these new radars, boosting forecasting capacity and helping grain growers to better assess how their properties will be affected by rain, wind and storms.” 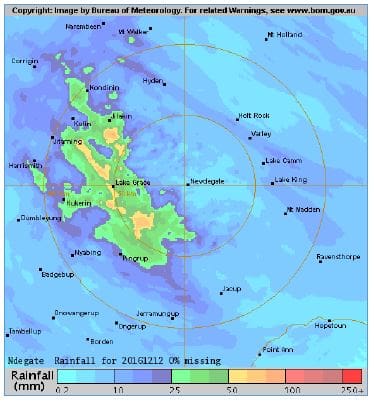 Figure 3: Using surrounding rainfall observations, this has been converted to estimated daily rainfall.

Dr Foster said the Doppler radar data would provide benefits in a number of ways.

“The estimated rainfall and winds will assist landholders to make timely decisions about a range of activities, such as spraying or fertiliser applications, which are dependent on immediate weather patterns,” he said.

“Gridded rainfall data from the radars can be integrated with other weather data to be used within farm-scale decision support software.” 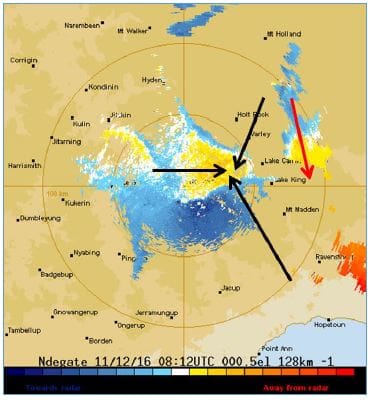 Forecasting severe weather events is also likely to be improved, assisting growers, communities and emergency services to better prepare for severe events, such as thunderstorms and fire weather conditions.

The Doppler radar images are available online via the Bureau of Meterology’s website http://www.bom.gov.au/australia/radar/