Forecasts point to dry season ahead for WA croppers

WESTERN Australian grain growers should plan for a drier-than-average 2017 cropping season with 10 out of 11 Australian and international climate forecasts predicting below average rainfall during the growing season.

None is expecting wetter than normal conditions for April to June, suggesting greater confidence in the outlook. Department of Agriculture and Food (DAFWA) research officer Meredith Guthrie said the strong agreement between models was unusual, especially early in the season.

Dr Guthrie said the forecast was driven by the combined effect of a predicted El Nino event and the emergence of a positive Indian Ocean Dipole (IOD) by August, which was historically associated with below average rainfall.

“In past years where an El Nino and a positive IOD have occurred together, the negative impact on rainfall became stronger in the South West and southern parts of Western Australia,” she said.

DAFWA research officer David Ferris said the outlook for drier conditions, combined with varying amounts of sub-soil moisture across the regions due to widespread summer rainfall, could make it tricky for growers to roll out their cropping programs. 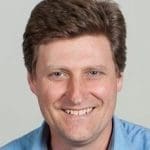 “Currently, plant available soil moisture is less in the Northern Agricultural region compared with the Central and South Coast regions, where soil moisture levels are high,” he said.

“Those areas with good soil moisture levels can still anticipate above average yields, in spite of the projected forecast for below average rainfall – provided crops emerge early or are sown into moist soils in May.

“Growers who took the opportunity to deep rip compacted soils after summer rain will also benefit from crop roots accessing more of the soil profile this season.”

Dr Ferris cautioned that early, wet-seeding opportunities for canola had largely passed, as the soil surface had dried out, except where storms had occurred.

“Canola growers should not to be tempted to chase soil moisture by seeding deeper than one centimetre, as results from early sown canola trials have consistently shown less emergence and lower yields with increased seeding depth,” he said.

“With a drier than average outlook for April to June, growers’ in areas with limited stored moisture should manage their economic risk by delaying the bulk of nitrogen fertiliser applications until the season’s potential becomes clearer.”

DAFWA’s Statistical Seasonal Forecast (SSF) system is indicating a 30 to 60 per cent chance of exceeding average rainfall across the grainbelt for the three months April to June.

The SSF indicates rainfall is most likely to be in the 2-3 decile range, the second lowest, based on a poor to good predictive skill (confidence in the forecast).

The Bureau of Meteorology’s current seasonal outlook is consistent, which predicts a 20-35pc chance of exceeding average rainfall from April to June, based on a predictive skill of moderate to good.

The Bureau expects early season temperatures to be warmer than normal, with a 60-70pc chance of above normal day-time maxima, based on moderate to good predictive skill.

Grain Industry Association of Western Australia (GIWA) Oilseeds chair, Michael Lamond, said by the end of this week, about three-quarters of the canola crop in WA would have gone in.

With the lack of sowing rains, the majority of that had been dry-sown. 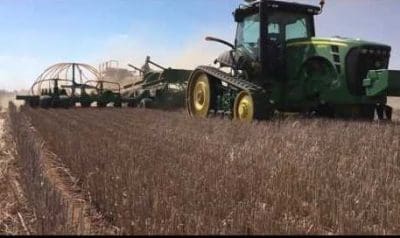 Most of the canola in WA has been dry-sown this season.

“Predictions were for a bit over 1.2 million hectares of canola this year representing an increase of up to 20 per cent, but that could have come back now because there has been canola dropped off the program because it has been so dry,” he said.

“There has been no rain and most people have been sowing dry. There has been some sowing into moisture in areas like Kondinin, Corrigin, Lake Grace and around Esperance, but that is probably only 20 per cent of the crop. The rest is sown dry.”

Mr Lamond said a substantial area of lupins had gone in, and farmers would soon start to dry-sow barley before moving on to wheat in the second week in May.

“So overall there is only a small percentage of the crop in. Most farmers aren’t going flat out, they are just ticking along. There is no rain forecast for the near future. It is not going to be a quick sowing,” he said.