THE 2017–18 La Niña has ended and El Niño–Southern Oscillation (ENSO) indicators have eased back to neutral levels over the past several weeks, according to the Bureau of Meteorology. 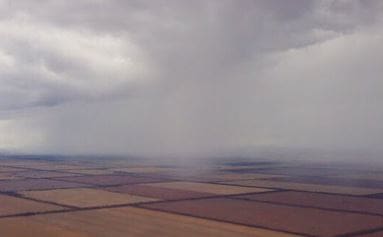 This means the Burea’s ENSO Outlook has shifted from La Nina to Inactive.

The end of the La Niña is clear in oceanic and atmospheric indices.

Sea surface temperatures have warmed steadily since December and are now in the neutral range.

Waters beneath the surface have also warmed.

In the atmosphere, cloudiness near the International Date Line has returned to near-average levels, and trade winds are generally near average across the equatorial Pacific.

Likewise, the Southern Oscillation Index (SOI) is well within the neutral range.

Most models indicate that ENSO-neutral is the most likely scenario through the southern hemisphere autumn and into winter.

However, model accuracy during autumn is lower than at other times of year.

A neutral ENSO pattern does not necessarily signify average rainfall and temperature for Australia.

Rather, it indicates a reduced chance of prolonged very wet or dry, or very hot or cold conditions, and that other climate drivers may have greater influence over the coming months.

The weak and short-lived La Niña had relatively little effect on Australian rainfall patterns over the 2017–18 summer.

However, it may have kept temperatures higher than average in southern parts of the country due to weather patterns being slower moving, and further south than normal.

The current outlooks suggest a neutral IOD for autumn and early winter.