Opinion: Why a national strategy on climate change and agriculture is vital

If you’re a farmer you’re more than likely sweltering through another scorching week as long standing temperature records shatter and the brief cool change felt in some regions quickly disperses. If you’re like us, you’ll arrange your days so you stay out of the sun in the hottest part of the day, but, ultimately, the heat will take its toll as the scant remaining pasture dries out and even the wildlife swelters. Stock still need to be fed and watered, crops irrigated and bores maintained—now more than ever. The work rolls on irrespective of the temperature gauge. 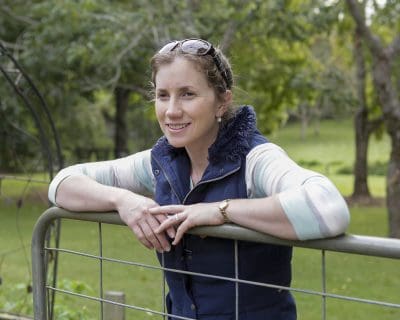 When the next cool change comes—as it eventually will—it will provide only temporary relief. As the Bureau of Meteorology and CSIRO found in their State of the Climate report, released late last year, climatic extremes have become par for the course in Australia.

The report, which draws on the latest monitoring, science and projection information to describe variability and changes in Australia’s climate, and to predict future climate change, found that heat waves, droughts, floods and cyclones are all are set to occur with increasing frequency and severity as global warming makes itself felt.

Farmers, firefighters and rural communities are all being stretched to their limits.

Our industry has a long and proud tradition as land custodians. We’ve shown ourselves to be innovative, adaptive and in many cases, downright visionary. We’ve borne the costs of Kyoto, while reducing our emissions intensity and improving our efficiency. We’ve invested in RD&E, adapted our practices – recognising that increasing our sustainability simply makes good business sense.

However, as the impact of climate change begins to bite, our industry is coming under growing scrutiny. “Veganuary”—the initiative encouraging people to go vegan in January—is indicative of individuals searching for  solutions in the face of policy failure. The tragedy unfolding in Menindee is unleashing waves of anger and despair across communities, both rural and urban.

We know that many of the criticisms being levelled at agriculture are misplaced, that most producers have been rapidly increasing water use efficiency to reduce environmental impacts and that initiatives like the red meat industry’s plan to be carbon neutral by 2030, the Northern Australian Climate Program and industry sustainability frameworks are supporting farmers to achieve sustainability goals.

However, we also know that as a sector we are far from infallible.

Failure to adequately incorporate climate science into management plans is already being touted as one of the factors contributing to the tragedy unfolding in one of our greatest river systems. Social science tells us that failure to accept and incorporate climate science into farm management triggers greater levels of stress for farmers. There is no longer room for an ostrich approach.

It is essential—for the climate and for agriculture’s social licence—that we embrace robust evidence based policy positions  and that we do not waste our precious energies on defensive squabbling, or attempting to deny reality.

We can, and must rise to the challenge of climate change.

The brutal reality is, if we want to farm into the future, and want our children to inherit a world which is habitable, we don’t have a choice.

The Intergovernmental Panel on Climate Change released a report last year which showed what a difference 1.5 degrees celsius warming was compared to 2 degrees – the ‘upper limit’ scenario we’re currently forecast to miss.

Two months later, the Bureau of Meteorology and CSIRO released the fifth annual State of the Climate; demonstrating that Australia’s average air and water temperatures have already warmed by 1 degree since 1910.

Yet, merely a day later, Australia’s emission projections report was released, demonstrating that we are set to miss our emission reduction targets by a wide margin, reducing emissions by only seven per cent on 2005 levels, well short of our 26-28% target.

We can no longer assume that incremental adaptation will be enough to keep us out of trouble.

Agriculture is already bearing the brunt of failings in climate change policy—experiencing the direct physical hits of increasingly severe droughts and extreme weather events, and the policy ramifications of comprehensive failure to proactively manage a climate change mitigation program.

Australian agriculture has a choice. We’re either at the table; proactively driving a National Strategy on Climate Change & Agriculture, demanding accountability and evidence based policy from ourselves and others, or, as the Veganuary example shows – we can be on (or off) the metaphorical menu.

So while you’re staying in the shade (or in the cab) today, take a moment to get informed.

Farmers for Climate Action is making all resources and presentations from Managing Climate Risk in Agriculture conferences freely available.

This is your chance to learn directly from leading experts what you can be doing on your property to mitigate risk and prepare for the future.

We’re at a point where every year matters. Every choice matters. Make yours count in 2019.