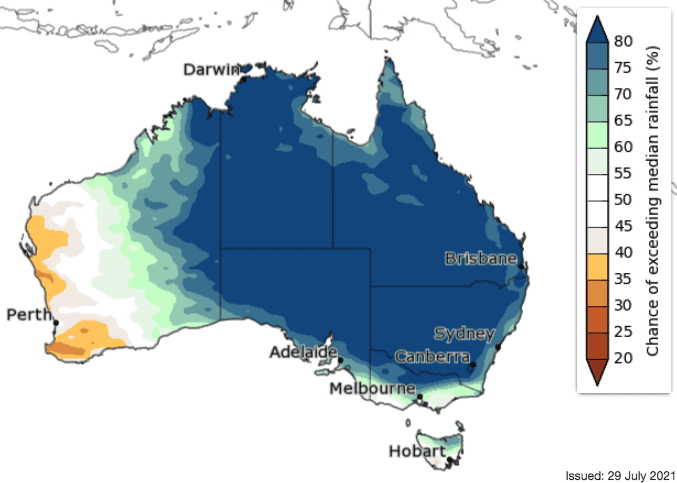 Above median August to October rainfall for most of Australia, but below median for parts of western WA

The pattern for the months of August and September is similar to the August to October outlook, though the likelihood of exceeding the median rainfall is not as high.

Historical accuracy for August to October rainfall is high to very high for most of Australia, with moderate accuracy for parts of southern and central WA, and south-eastern Australia. 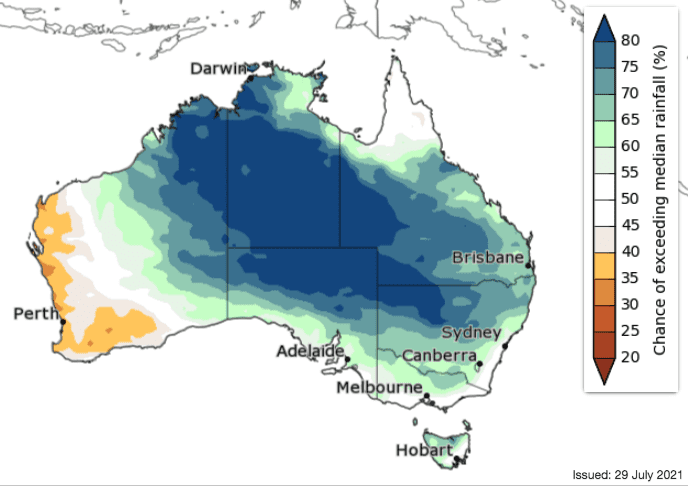 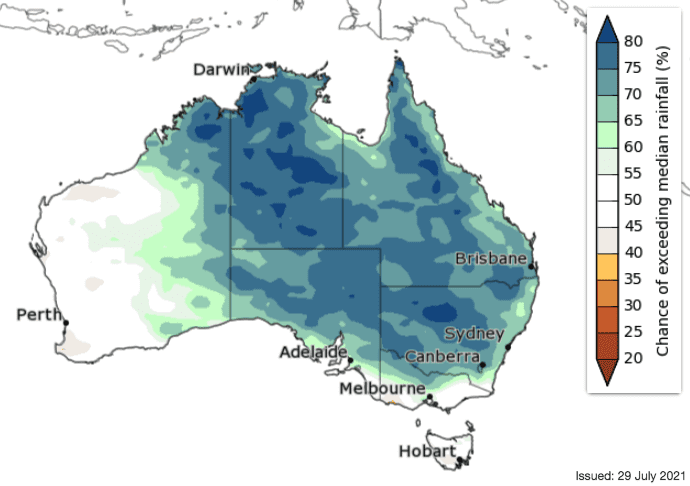 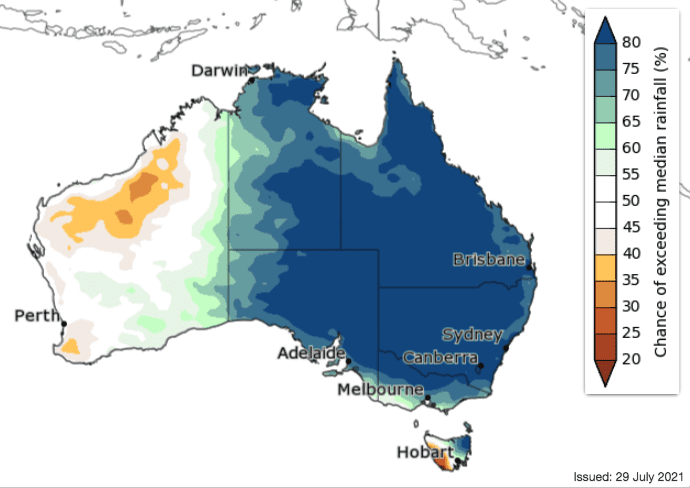 Maximum temperatures for August to October are likely to be above median for tropical northern Australia, far south-east SA, most of Victoria, south-east and coastal NSW, and Tasmania (greater than 60% chance), with most of these areas very likely to have warmer August to October days (greater than 80% chance). Below median daytime temperatures are more likely for areas just west of the Great Dividing Range in NSW, extending into central western parts (chance of exceeding the median is 30 to 40%).

August and September show a similar pattern, although warmer days are also more likely down the east coast in August, and down the west coast in September.
Minimum temperatures for August to October are very likely to be warmer than median for most of Australia (chances are greater than 80%). However, south-west WA has roughly equal chances of above or below median overnight temperatures (chance of exceeding the median is close to 50%).

Likewise, minimum temperatures for August and September are likely to be above median for most areas, with south-west WA having roughly equal chances of above or below median overnight temperatures. 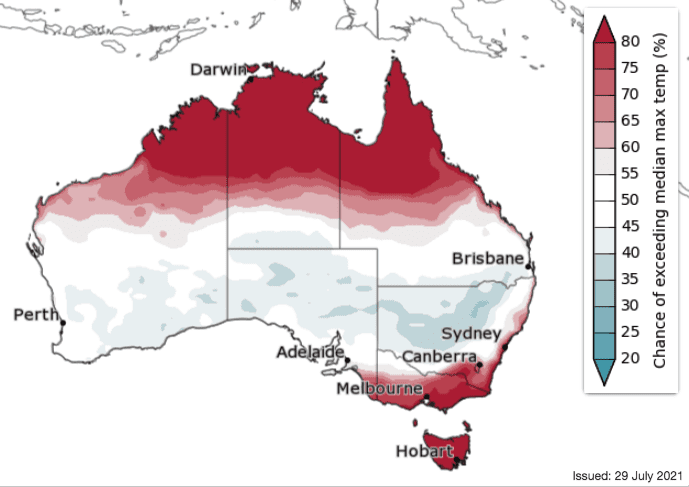 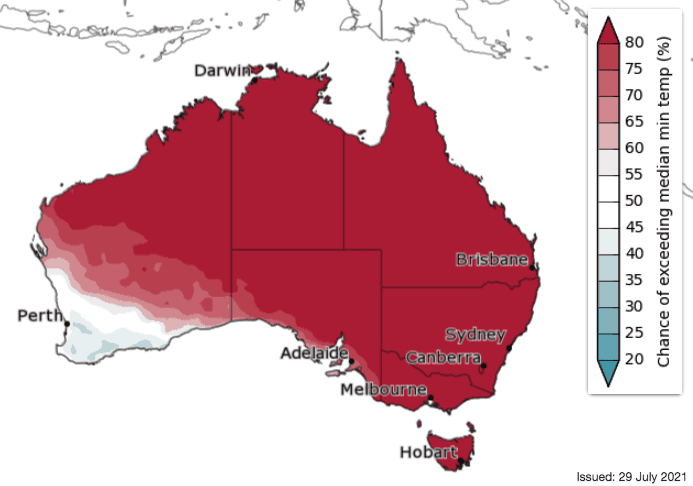