Summer (December to February) rainfall is likely to be below average in parts of the east and above average in northwest WA, according to the Bureau of Meteorology’s latest seasonal climate outlook statement. 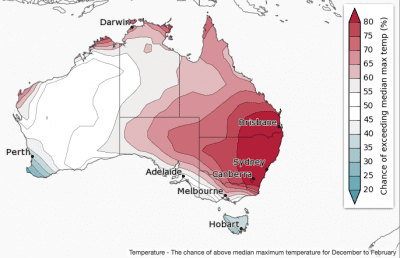 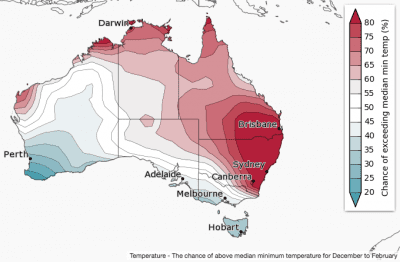 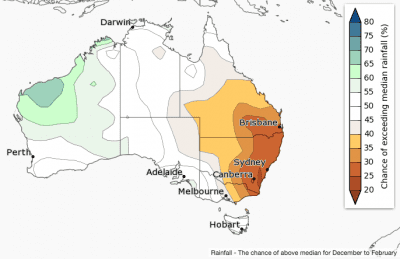 The December outlook shows a drier month with warmer days for most of the country.

The outlook is strongly influenced by a climate driver called the Southern Annular Mode (also known as SAM).

It is expected to be in a negative phase in December. When this happens in summertime, weather systems are further north than usual, meaning Australia experiences higher pressures than normal.

This is typically associated with reduced rainfall and higher temperatures.

The Pacific Ocean, though in a neutral ENSO phase, is tilting slightly towards La Niña, increasing sea surface temperatures in the western Pacific Ocean, including around northern Australia. This may be raising the likelihood of increased rainfall over northwest WA during summer.

The Bureau says historical outlook accuracy for summer rainfall is moderate to high over most of WA, and moderate over the eastern mainland. Elsewhere, accuracy is low to very low.

There is a particularly high chance of summer having a warm start for most, with much of Australia likely to see warmer daytime temperatures in December.

The outlook reflects a negative Southern Annular Mode and a weak La Niña-like pattern in the Pacific Ocean, including warmer than average waters to the northwest of Australia.