February to April is likely to be wetter than average across much of the mainland, with strongest chances of above average rainfall (greater than 70%) in northern Queensland.

February is likely to be wetter than average along the Qld and NSW coasts (greater than 60% chance). Elsewhere there is no significant shift towards a wetter or drier than average month.

While the outlooks indicate near- to above-average conditions for southern Australia, this is their drier season, so rainfall (even if above average) is not likely to be sufficient to relieve long-term rainfall deficits. 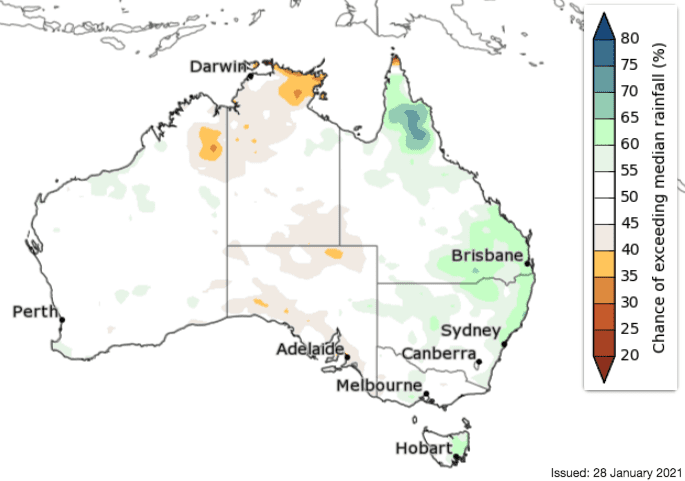 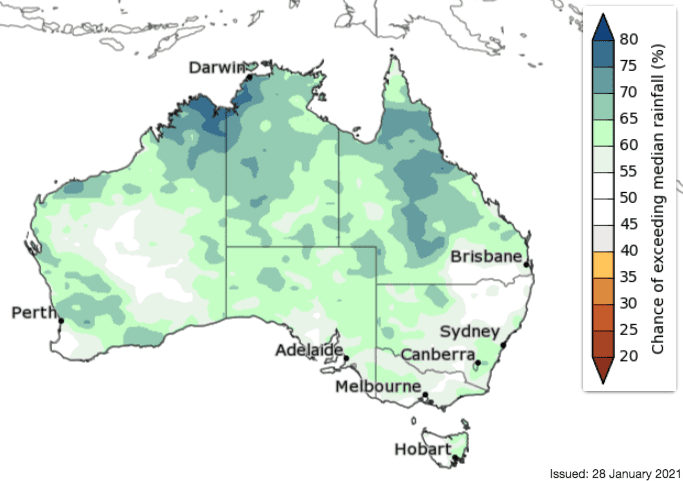 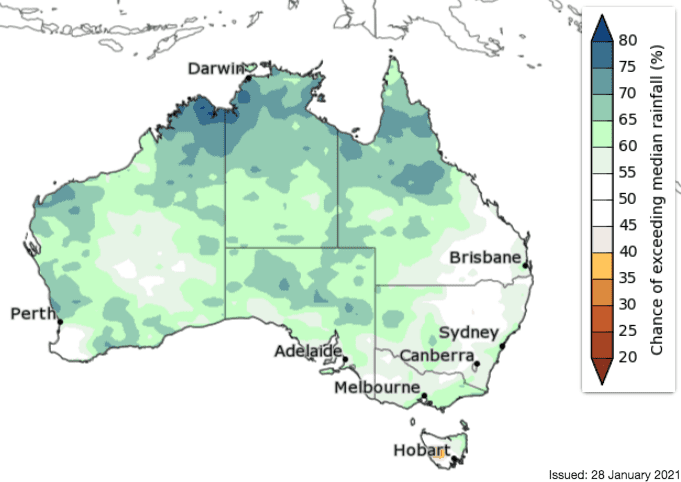 Mean maximum temperatures for February to April are very likely to be higher than the long-term average across Tasmania (greater than 80% chance) as well as most of the Australian coastline. The outlook for February indicates a similar pattern though there is a greater area that is more likely to experience above-average temperatures, particularly over northern Australia.

Mean minimum temperatures for February to April are very likely (greater than 80% chance) to be above the long-term average across most of Australia, although chances are slightly weaker (60 to 70% chance) over the WA interior and adjacent SA and NT. The outlook for February is similar though chances of warmer or cooler conditions for south-east WA and western SA are close to equal. 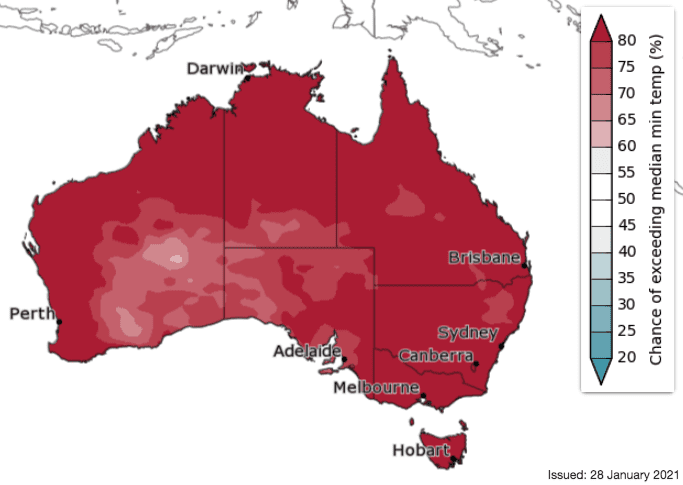 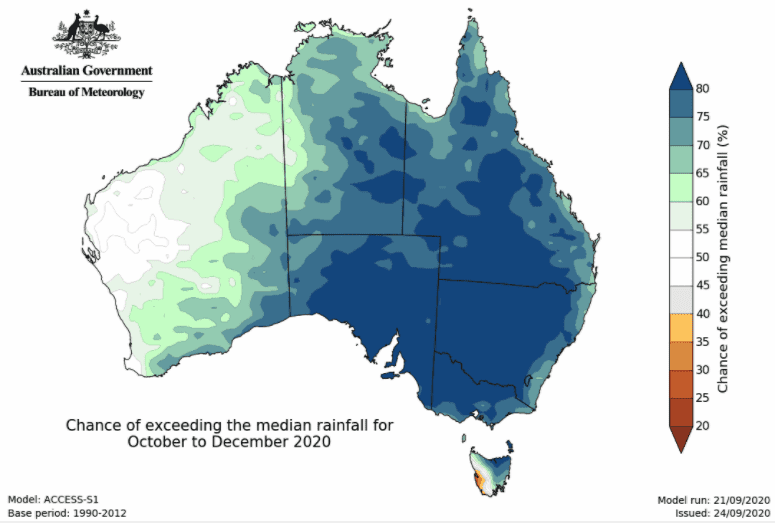