Seasonal climate outlook for May to July 2022

May to July 2022 Rainfall outlook 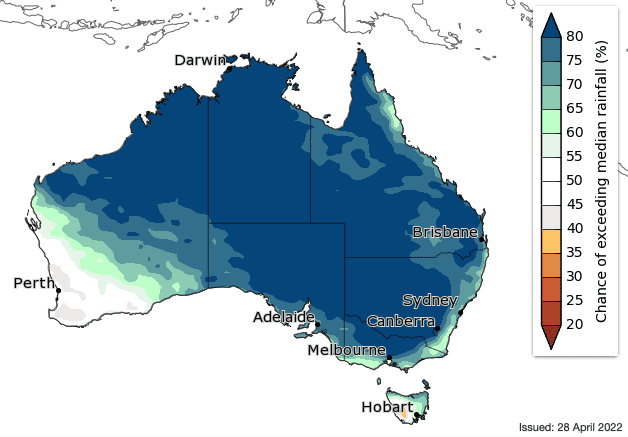 Above median May to July rainfall likely for most of Australia, except south-west WA and western Tasmania

May to July rainfall is likely to be above median for most areas of Australia (chance of exceeding median is greater than 60pc), with north-western and inland regions very likely to be above median (greater than 80 percent chance). However, the south-west quarter of WA, and western Tasmania have roughly equal chances of above or below median rainfall (chance of exceeding median is close to 50pc).

The May and June outlooks are broadly similar to the three-month outlook, with above median monthly rainfall generally likely away from south-west and south-eastern areas of the country.
It should be noted that May marks the beginning of the northern Australian dry season. This means tropical northern Australia typically has very low rainfall totals, and only a small amount of rainfall is needed to exceed the median.

Past accuracy for May to July rainfall is moderate to high for most areas of Australia, with low accuracy for small parts of the northern tropics, far eastern Victoria, and southern Tasmania. 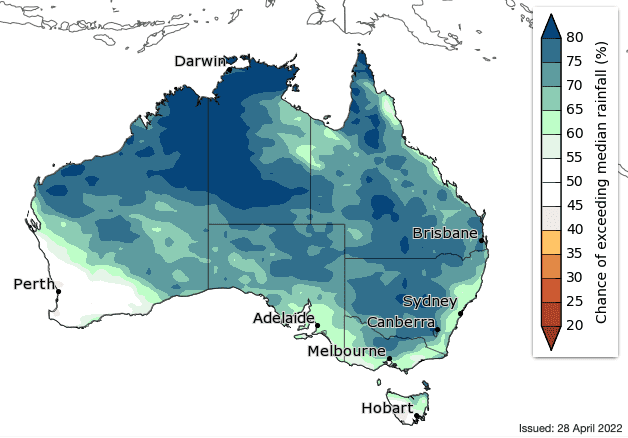 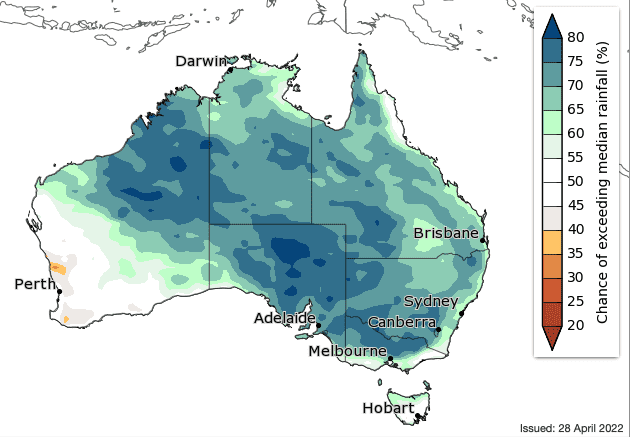 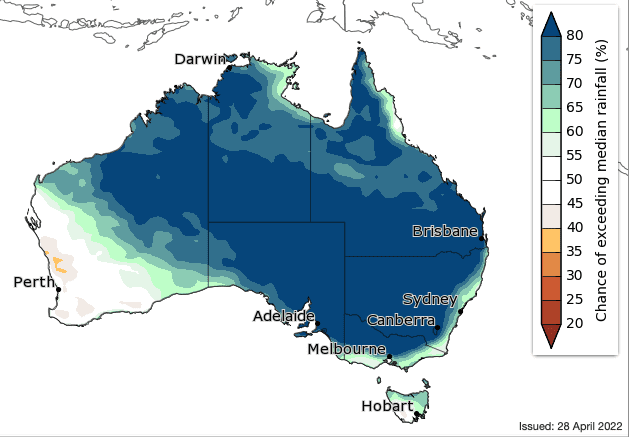 Warmer May to July days for north, and far south-west and south-east, cooler for inland central and southern Australia

May to July maximum temperatures are likely to be above median for the northern tropics, south-west WA, south-east NSW, southern and eastern Victoria and Tasmania (greater than 60% chance). Below median maximum temperatures are likely for much of central WA, the southern NT, SA, southern Queensland, inland NSW, and northern Victoria (chance of exceeding the median is less than 40pc).

There is an increased chance of unusually high maximum temperatures (in the top 20pc of historical records) for May to July over the far south-west and northern WA, the northern NT, northern Queensland, eastern Victoria, and Tasmania (1.5 to greater than 4.0 times the usual chance), with the highest chances in far northern Queensland. Conversely, there is an increased chance of unusually low maximum temperatures (in the bottom 20pc of historical records) in a broad area stretching from the Pilbara coast in WA, across SA and the southern NT and into western and central parts of southern Queensland, NSW and Victoria (1.5 to 3.5 times the usual chance).

There is an increased chance of unusually high minimum temperatures (in the top 20pc of historical records) for May to July across virtually all of Australia (1.5 to greater than 4.0 times the usual chance). The highest likelihoods are across the northern tropics and north-eastern SA extending into the southern NT.

Minimum temperature outlook May to July 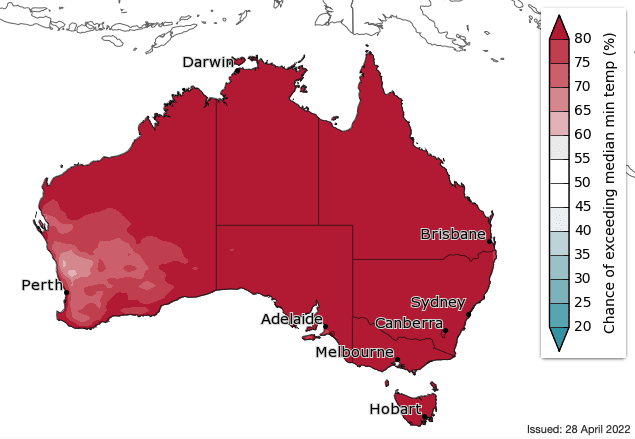 Maximum temperature May to July 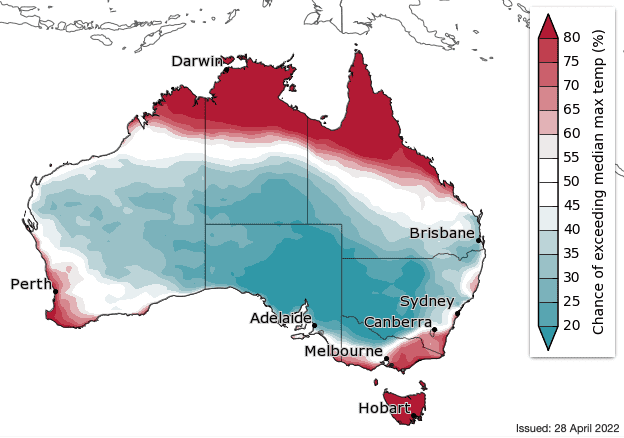