A drier three months likely for most of Australia

August to October is likely to be drier than average for most of mainland Australia. Chances are highest in the southeast, where there is a greater than 80pc chance of a drier season for northern Victoria and southern NSW.

Tasmania has roughly equal chances of a wetter or drier than average three months—so no strong indication either way that it will be particularly wet or dry.

Historical rainfall outlook accuracy for August to October is moderate over most of the country, except for interior WA, where accuracy is low to very low.

Chance of exceeding 50mm for Aug-Oct: August to October days and nights are likely to be warmer than average for most of the country. The chance of warmer days is greater than 80% across large parts of northern and eastern Australia.

Similarly, August days and nights are likely to be warmer than average for most of Australia. Much of the country has a greater than 80% chance of warmer August days. 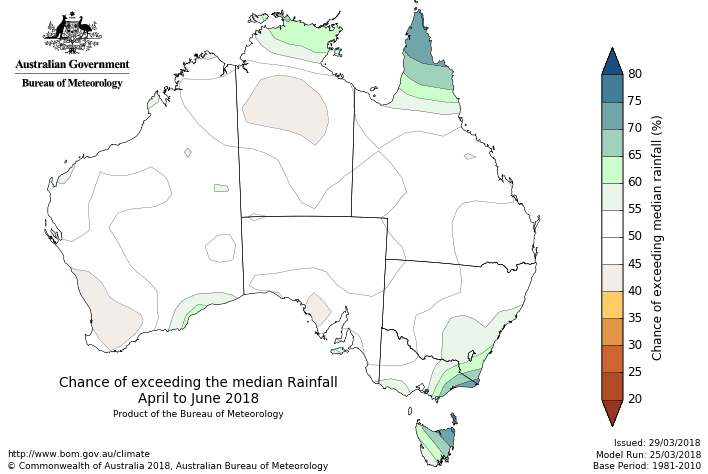