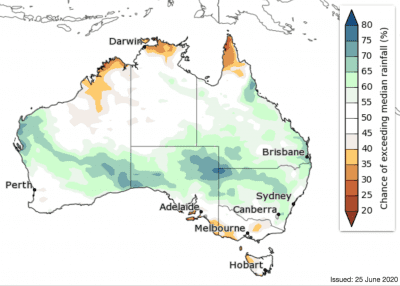 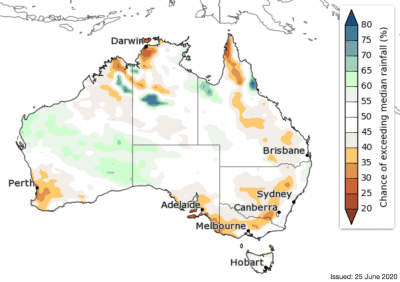 The fortnight 29 June to 12 July is likely to be drier than average for most of Australia (mostly 60–75 percent chance, greater than 75 percent chance in parts of the inland southeast).

However, there are close to equal chances of a wetter or drier fortnight in much of western and southeastern WA, western Tasmania, and parts of the eastern seaboard. 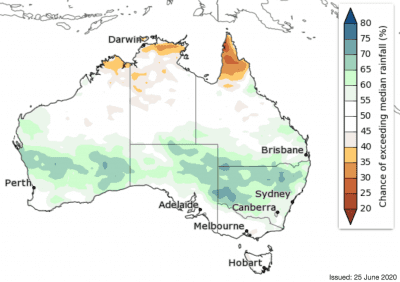 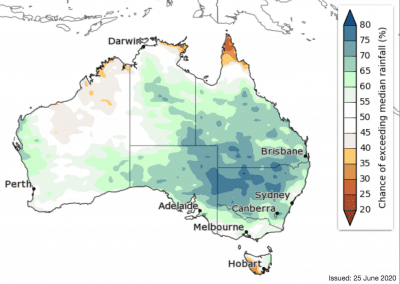 Warmer days and nights for most of Australia 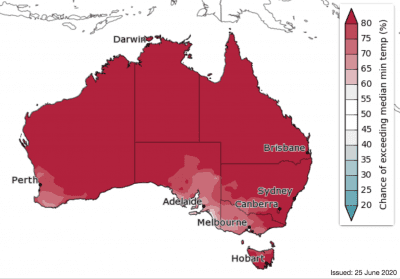 For 29 June to 12 July, nights are likely to be warmer than average for the west, north, eastern seaboard, and Tasmania. Chances of warmer or cooler nights are roughly equal for much of the inland southeast and SA. 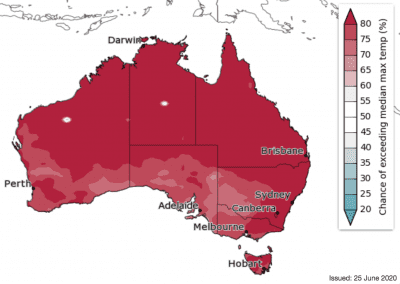 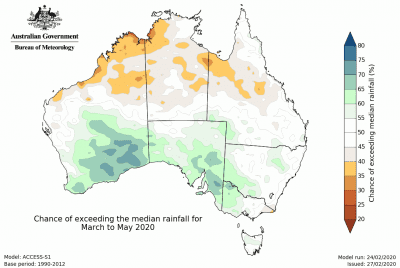