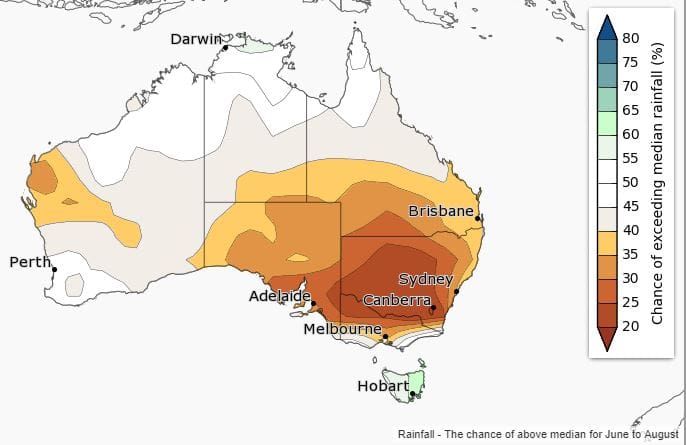 June is also likely to be drier than average in the southeast mainland, extending across much of central and western parts of Australia. Chances of a drier June are greater than 80% for northern Victoria, southern and western NSW, and most of SA.

Historical outlook accuracy for winter is moderate over eastern parts of Queensland and NSW, the southern half of WA, western Tasmania and parts of the NT. Elsewhere, accuracy is low to very low. See map for more detail.

Chance of exceeding 50mm for June-Aug: 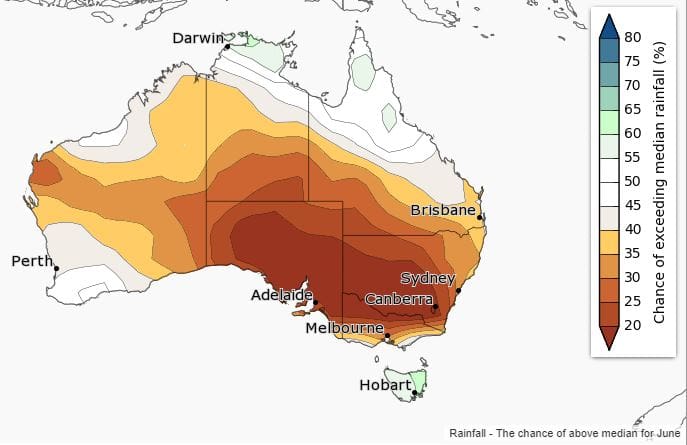 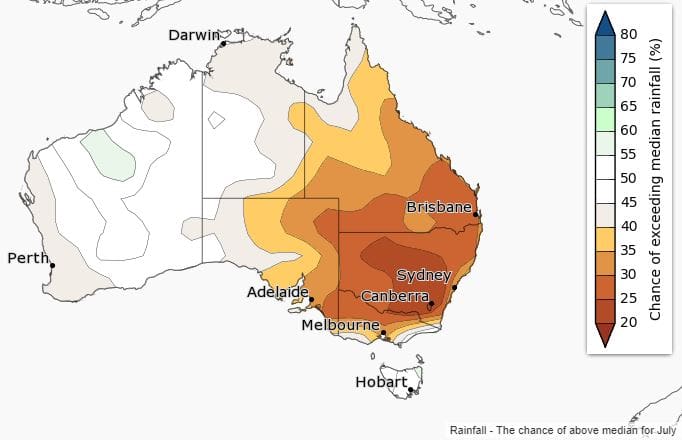 Warmer than average winter likely for most of Australia

Winter days and nights are likely to be warmer than average for most of Australia, except parts of the far north. Warm winter days are very likely in the southeast, with chances greater than 80% over NSW, Victoria, Tasmania and eastern SA.
Historical accuracy for winter maximum temperatures is moderate to high for northern and eastern Australia, while accuracy is low to very low in the southern two-thirds of WA, and western and southern SA. Minimum temperature accuracy during winter is generally moderate in most regions. 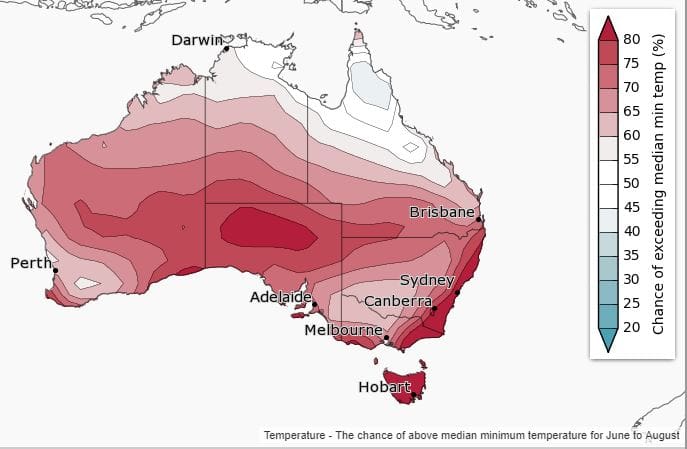 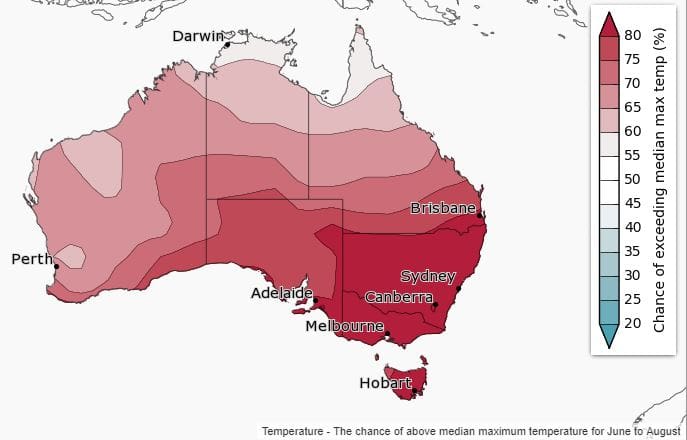 Maps below compare BOM’s rainfall forecast for February 2018 to April 2018, issued in January 2018, with actual rainfall deciles recorded over the Feb-April 2018 period. 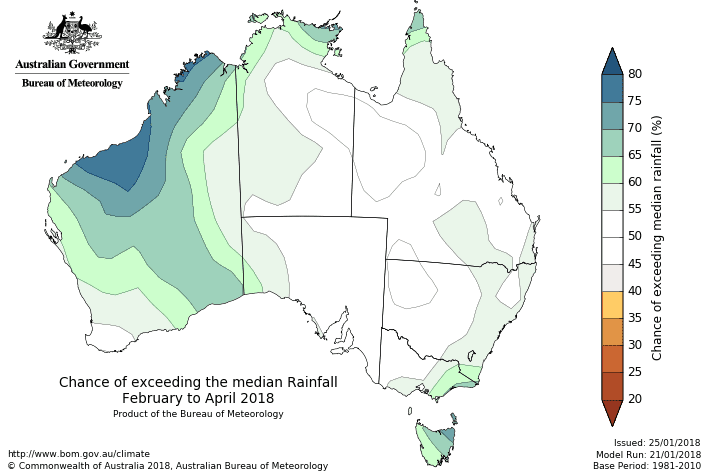