Below average winter rainfall is likely for much of eastern Australia, southeastern SA, and WA’s southern coast.

While the dry signal extends further north, much of this area typically receives little or no rainfall at this time of year.

Historical outlook accuracy for June to August is moderate to high for most of the country but low in parts of southeast Australia and far northern Queensland. Warmer than average winter days are very likely for most of Australia except in far north Queensland.

Nights are also likely to be warmer than average overall, however dry soils and the forecast for drier than average conditions could bring more cloud-free nights, increasing the risk of frost in susceptible areas. 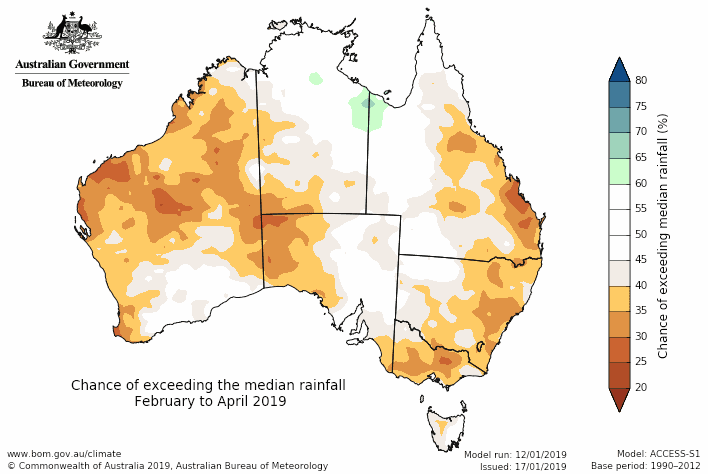