Drier May in the east, wetter May–July for western and central Australia

May is likely to be drier than average in eastern SA, Victoria, northern and eastern Tasmania, and both NSW and southern Queensland to the west of the Great Dividing Range. Conversely, much of Far North Queensland’s east coast and Arnhem Land in the NT are likely to have a wetter than average month.

While May is likely to be drier, the three months from May to July show most of eastern and southern Australia have no strong tendency towards above or below average rainfall. A wetter than average three months is likely for large parts of northwestern and central Australia, but many of these areas typically receive little or no rainfall at this time of the year, meaning only a small amount of rainfall is needed to exceed the median.

Historical outlook accuracy for May to July is moderate to high for most of the country but low across southeast Queensland and northern NSW, and southern SA. Temperature: Warmer than average days and nights likely for most of Australia

Nights are also likely to be warmer than average overall, however, the forecast for drier than average conditions could bring more cloud-free nights, increasing the risk of frost in susceptible areas. 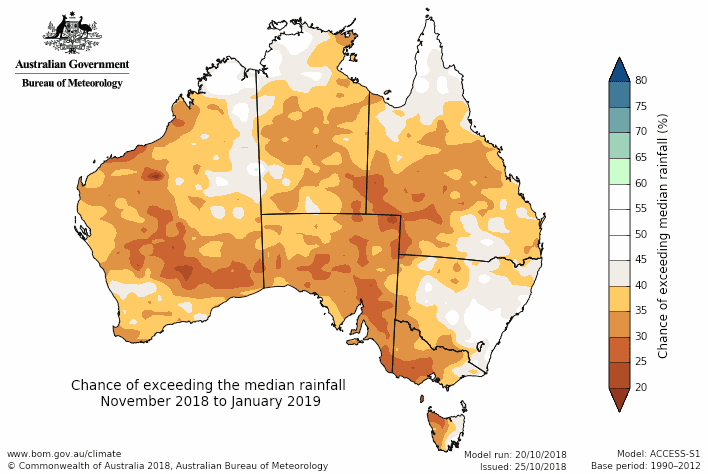