No shift towards significantly wetter or drier across most of Australia 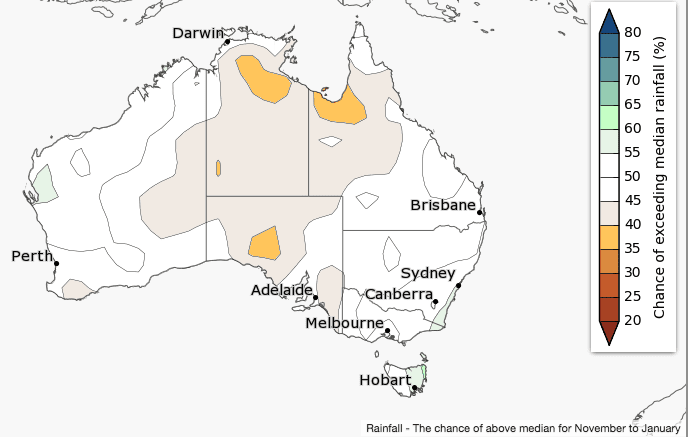 For the three months November to January, most of the country has just a 50 percent chance of being wetter than average, according to the latest Seasonal Climate outlook statement released by the Bureau of Meteorology today.

November is likely to be drier for most of WA, SA and Victoria. The chance of getting above normal rainfall is below 30pc in the southern half of WA.

While the Pacific Ocean is likely to continue cooling towards La Niña levels over the coming months, the ocean warmth that typically appears to the north of Australia and in the eastern Indian Ocean with La Niña is unlikely to develop. This means that Australia is unlikely to receive the widespread heavy rainfall that is typical of around two thirds of previous La Niña events.

Historical outlook accuracy for November to January is moderate for western WA and the eastern parts of mainland Australia, but generally low elsewhere. See map for more detail.

Rainfall outlook for the month of November 2017: 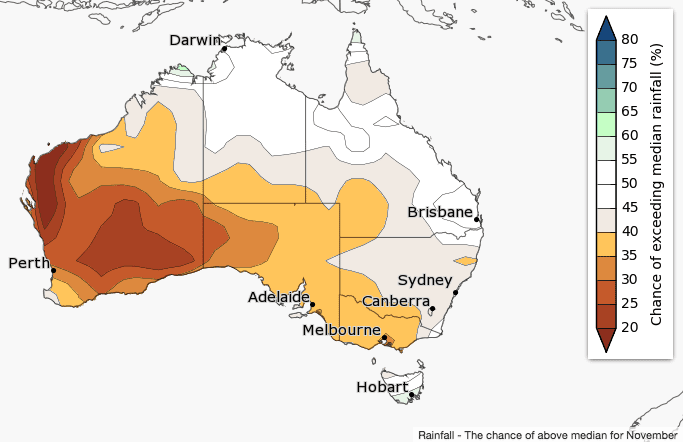 Rainfall outlook for the month of December 2017: 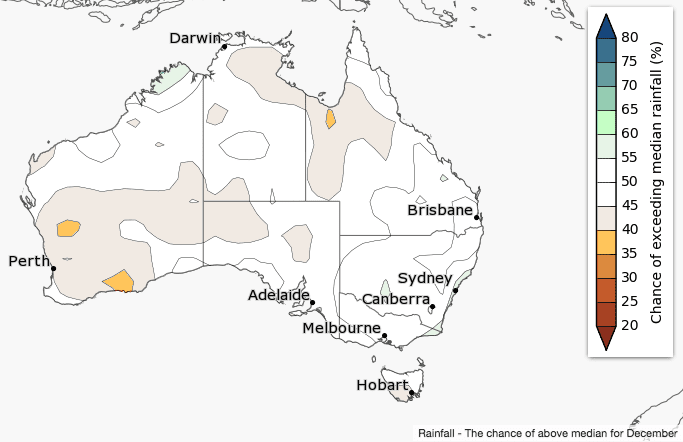 Warmer three months likely for most of Australia

Daytime and overnight temperatures for November to January are likely to be warmer than average for most of the country, with highest chances over Tasmania, southern Victoria, and the tropical north.

Chances of warmer than average temperatures for the three months are close to 50% for southern WA, southeast Queensland and northeast NSW.

For November, daytime temperatures are likely to be warmer than average across the country except for southeast Queensland, southern parts of WA and SA, and eastern Victoria. 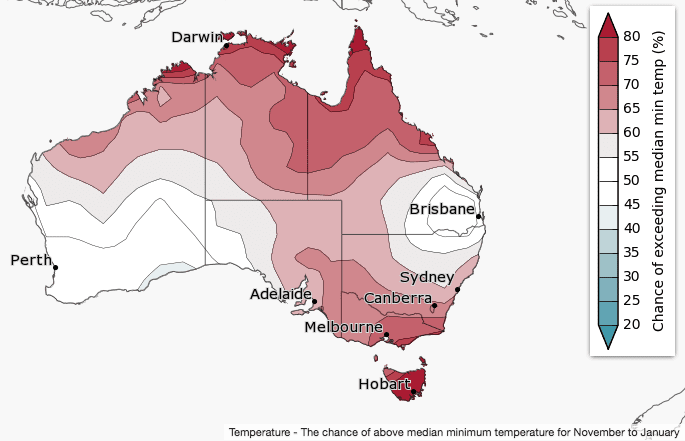 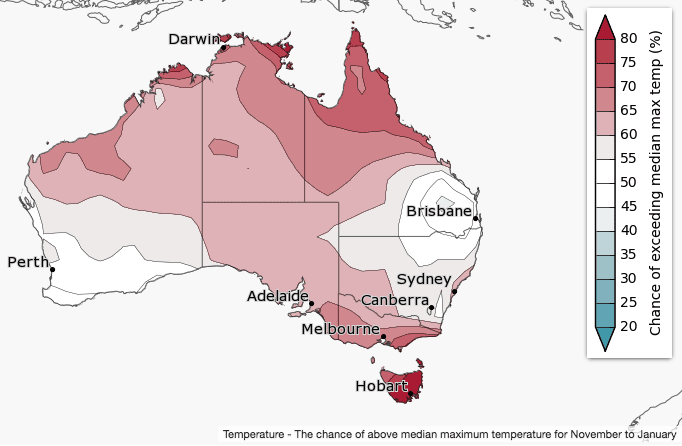 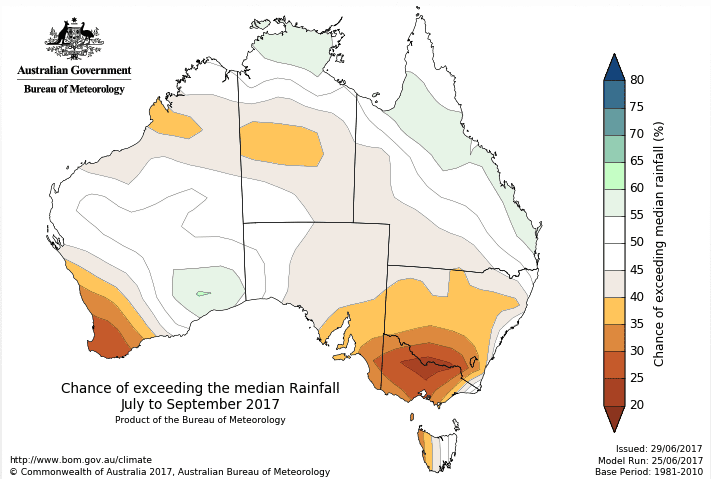