South Australia’s droughts are getting worse

DESPITE Adelaide experiencing its wettest day in more than two years this month, a new study by the University of South Australia shows droughts are becoming longer and more severe in SA. 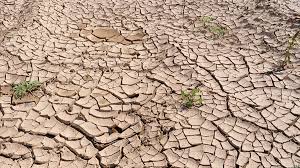 The analysis shows a clear pattern of increasing drought across much of SA, notably over the State’s most heavily inhabited areas and major catchments.

Led by UniSA’s deputy vice chancellor: research and innovation, Professor Simon Beecham, the study draws on data from the most extensive climate change investigation ever undertaken in SA.

“We looked at data from 1960 to 2010 from every high-quality weather station in the State and there is a clear pattern, with drought increasing in the south of the State and over the Murray-Darling Basin, which is the food bowl of Australia,” Prof Beecham said.

The study, published in a Royal Meteorological Society journal, also indicates there has been significant long-term reductions in rainfall at the most problematic time of year, which is through autumn and winter.

“This is when water systems should be recharging and flows should be building up again,” Prof Beecham said.

“When it is dry during this time, as it was earlier this year, it is a problem for the State’s water supplies, as winter rain is soaked up by the dry environment and less ends up in reservoirs.”

South Australian rainfall has traditionally been linked to several climatic phenomena originating in the Pacific, Indian and Southern oceans.

Prof Beecham suggests there has been a significant reduction in rainfall across the State in response to changes in these large‐scale climatic modes.

“Much of the drought intensification can be linked to changes in two key climatic indices, known as Niño 3.4 and the dipole mode index,” he said.

“As a result of changes to temperature and pressure over the Indian and Pacific oceans, South Australia’s rainfall patterns are changing.”

Despite the current wet weather in South Australia, Prof Beecham said the State, like much of Australia, had recently experienced drought conditions, and suggested many people who lived through the Millennium Drought might be underestimating the severity of the current conditions.

For example, the Barossa Valley received only 11mm of rainfall over the first four months of 2019.

“The drought that afflicted Australia between 2001 and 2009 was the worst since Europeans arrived in this country, so people tend to compare the situation today to that and think perhaps things aren’t so severe right now, when in truth, we’re doing it pretty hard at the moment,” he said.

Prof Beecham said the same data informing this study was already being used by State policy makers to guide future development, as part of a program of climate proofing South Australia.

“Much of the raw data we used was gathered in 2015 by a team I led, as part of a project to ensure there was consistent and reliable climate projections available for all of South Australia to inform policy and infrastructure development.

“We are the first state in Australia to do this, and it is starting to inform some major developments, but as this new analysis indicates, we cannot afford to be complacent about the effects of climate change on our society.”