A SHARP rise in sea surface temperatures in the southern Tasman Sea last November, reaching 2 degrees Celsius or more above average over a wide area, resulted in Tasmania registering its hottest November-January on record, and New Zealand experiencing its hottest summer ever. 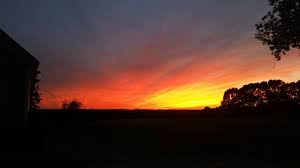 The Australian Bureau of Meteorology joined forces with New Zealand’s National Institute of Water and Atmospheric Research (NIWA) to issue a joint Special Climate Statement about the unusual weather patterns over summer.

The Bureau’s senior climatologist Dr Blair Trewin said the conditions had a major influence on the summer period in Tasmania and New Zealand.

“We saw particularly warm temperatures in December, when the average sea surface temperature in the southern Tasman Sea was more than 2°C above the 1981–2010 average and 0.6°C above the previous recorded high for any month,” Dr Trewin said.

“It spread across the width of the Tasman and resulted in record heat in Tasmania and New Zealand. We would normally see something much more localised but this was very widespread,” Ms Pearce said.

“The 2017–18 summer is the only summer on record for New Zealand where the nationwide temperature was more than 2°C above average,” she said.

The full Special Climate Statement can be found on the Bureau of Meteorology website. http://www.bom.gov.au/climate/current/statements/scs64.pdf