Past seven days: At the beginning of the week, a fast-moving cold front and surface trough tracked across southeastern Australia, with light falls reported in parts of southern South Australia, central and eastern Victoria, and western Tasmania. In the north, widespread showers occurred along coastal and adjacent inland parts of eastern Queensland in response to an upper-level disturbance and moist onshore southeasterly winds.

A high pressure system located over the Bight directed a west to southwesterly flow and brought moderate falls to western Tasmania.

At the end of the week a trough and cold front produced thick cloud over southeastern Australia. Moderate falls were recorded in southern Victoria and western Tasmania, with light falls extending into southeastern South Australia and into central Victoria.

Moist onshore flow continued to produce showers about the north tropical coast of Queensland for the rest of the week.

Rainfall totals in excess of 100 mm were recorded in in the West Coast (Mountain Region) of Tasmania, including the highest recorded weekly total of 300 mm at Mount Read. Due to a network outage, Mount Read’s true total is presently unknown but certainly higher.

Rainfall totals between 50 mm and 100 mm were recorded in western Tasmania and around Innisfail on the north tropical Queensland coast.

Rainfall totals between 25 mm and 50 mm were recorded in southwestern Victoria between Warrnambool and Cape Otway, and across much of West and South Gippsland in the east of that State, in an area near Adelaide in South Australia, and about Queensland’s north tropical coast between Cairns and Tully.

Rainfall totals between 10 mm and 25 mm were recorded in southeastern Western Australia near Eucla; about the Mount Lofty Ranges, Kangaroo Island and Lower South East districts in South Australia; and surrounding higher falls across much of southern Victoria and in western Tasmania.

Little or no rainfall was recorded in Western Australia, the Northern Territory, South Australia away from the southeast, northwestern and central northern Victoria, and parts of East Gippsland, northeastern Tasmania, New South Wales, and Queensland away from the east coast and adjacent inland districts. 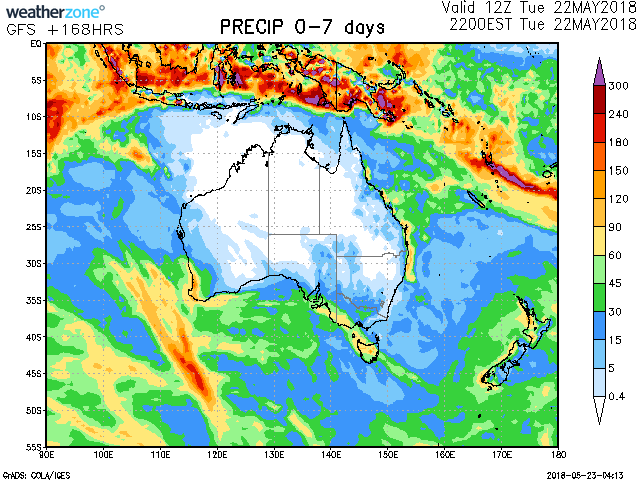 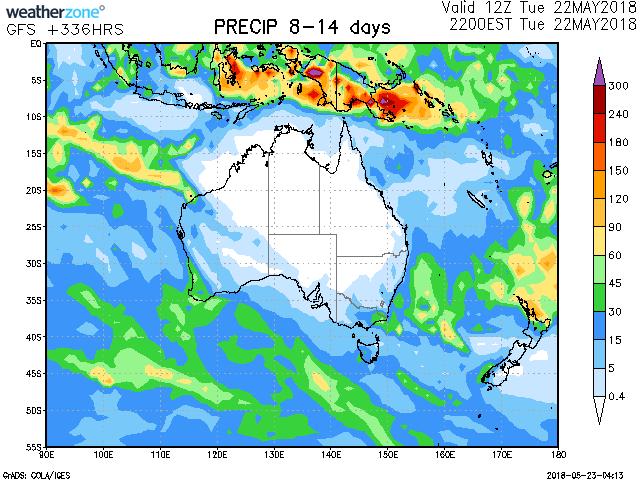