Another high profitability year for cotton

COTTON growers participating in an industry benchmarking program have emerged with an average net farm profit for the 2018 season of $2516/hectare, an increase in profitability of $959/ha from the 2017 year.

That is the key finding from Boyce Chartered Accountants’ annual Australian Cotton Comparative Analysis (ACCA) which, since 1986, has benchmarked the production and returns from participating growers throughout the eastern cotton belt.

Boyce director, Paul Fisher, said for the past four years the cotton industry had seen significant and sustained profit growth.

He said the 2018 season had been near ideal for growing cotton with ample water and optimum growing conditions that produced high yields and returns.

“Some of the individuals (in the comparative analysis) got up to about 14.4 bales/hectare across a farm which is just massive. At $630-$640/bale it is a seriously profitable year,” he said.

Mr Fisher said the top 20 per cent of growers in the program averaged 13.27b/ha and returned a net farm profit of $4042/ha this season. 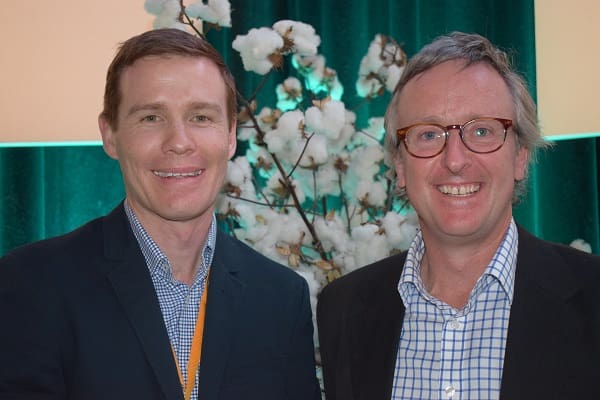 “They are both turning up to work, growing the same hectares, doing the same picking. But one guy is getting $1000/ha more than the other.”

Mr Fisher said yield remained one of the key drivers of profitability, but it was being achieved at a cost.

“Yield is king. The problem we are seeing now is that most of the yield increases are coming at a price,” he said.

“The big organisations who are providing technology to farmers are giving them yield increases, but the farmers are paying for that.

Profit across all valleys

In the northern valleys, which take in the Queensland and northern New South Wales growing areas, the average production among participants this season was 11.84b/ha for a net profit of $2608/ha.

In the southern valleys of NSW, where expectations were lower, Mr Fisher said it was also one of the better years, particularly as they had an uninterrupted, dry harvest compared to the wet harvest the year before that would have caused compaction issues.

“It was good to see in the southern valleys 11.14b/ha which is a seriously great year for the south,” he said.

“To have the wet pick the year before and the compaction it caused, and still be sitting on 11.14b/ha for the south with the average for all farms (throughout all cotton growing regions) at 11.8b/ha was a very good result. Someone is doing something right.

“Irrigation water is not your problem in the south, but a wet autumn and a wet pick is the problem.”

The Australian Cotton Comparative Analysis (ACCA) is produced by Boyce Chartered Accountants, Moree, NSW, in conjunction with the Cotton Research and Development Corporation.