THE Federal Government and Labor have struck an 11th-hour agreement that will ensure support for amendments to the Southern Basin water recovery targets proposed by the Murray-Darling Basin Authority.

The bi-partisan move effectively scuttles a Greens disallowance motion due for debate in the Senate today.

The disallowance motion aimed to block the proposed amendments to the Sustainable Diversion Limit (SDL) that seek to substitute water efficiency projects instead of buying back 605 gigalitres (GL) of water from irrigators.

Key components of the bi-partisan agreement include:

In agreeing to amendments to the Southern Basin recovery targets, Labor has also indicated that, despite siding with the Greens and independents to scuttle an amendment that sought to cut 70GL of water to users in the northern reaches of the Basin in February (see Grain Central story), it will “not support a future disallowance motion on the Northern Basin review”.

Responses to the agreement: 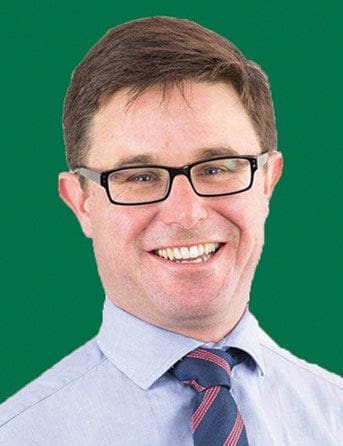 “The Government has reiterated its commitment to the 450 gigalitres and the process of attaining it can now begin,” he said.

“There will be annual meetings and technical workshops on the SDL, projects and constraints removal, giving transparency on the delivery of the projects.

“(Labor’s Shadow Environment Minister) Tony Burke pushed us on Indigenous issues and we responded with a package we believe delivers opportunity to Indigenous communities. The package also delivers $20 million to help economic adaptation in communities impacted by the Basin Plan.

Minister Littleproud said the agreement finally provided certainty to the two million people who lived in the Murry Darling Basin.

“People who are fatigued from the stress of not knowing how much water – the economic driver for most of these communities – will be in their district next year. Not knowing if farmers will make money and employ people next year; not knowing if their own families, farms and businesses will be hurt,” he said.

Shadow Environment Minister, Tony Burke, said the decision meant the delivery of the full Murray-Darling Basin Plan would be back on track with new levels of compliance and transparency. 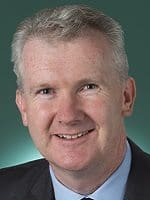 “The agreement means that the 450 gigalitres is back on track, and will start to be accumulated and that compliance will return to the Northern Basin,” he said.

“In reaching this decision Labor has been mindful of ensuring that all elements of the Plan would be properly implemented, that the independence of the Murray-Darling Basin Authority would be preserved and that the demands of the Labor Party which had been put forward in February 2018 would be met.”

Mr Burke said the Government had provided a package of measures which gave Labor sufficient confidence that the Basin Plan was back on track.

“The package of measures also means there is now a serious response to the allegations of water theft in the northern basin which had the potential to undermine the foundations in the water market on which the plan rests,” he said.

National Irrigators Council CEO, Steve Whan, said the decision to keep the Basin Plan going enabled everyone to get on with the tough job of implementation. “Let’s be very clear about this. If the Plan had fallen over there was no Plan B.  It would have meant the river never seeing the full environmental benefit of the Basin Plan. Those benefits will take years, but as independent assessment has found, the early signs are encouraging,” he said.

“Destroying the Plan would have been incredibly short-sighted for the environment – let alone river communities.  But that would be the outcome if the Greens’ disallowance motion passed.”

“As part of the agreement, the Government has made commitments recognising the needs of indigenous communities, progress toward the 450GL of ‘upwater’ and the work being done (with irrigator support) to ensure compliance.

“While the additional 450GL is something we have never sought, we accept that its inclusion in today’s agreement was essential to an agreement being forged. We will work with all Governments to make sure it is implemented with no negative impacts on communities as promised in 2012.

“We recognise that when a compromise is made (as happens in a democracy) we can’t just pick out the bits we like. This compromise enabled the plan to continue and irrigators will engage in good faith in getting the job done, even though there are elements we would rather not have.” “We are pleased the agreement covers both the SDL adjustment mechanism projects as well as the Northern Basin review amendments,” he said.

“As we understand it, the Northern Basin review will go in as separate legislation in the not-too-distant future. Back in February Labor had said they supported the disallowance motion somewhat reluctantly because they wanted more information and they have now been able to work on this agreement with the government.

“Everyone now needs to focus on how you maximise the environmental outcomes out of the water that is available while minimising the social and economic costs.”

The Ricegrowers’ Association of Australia (RGA) president Jeremy Morton has welcomed the decision, saying the amendment to offset water recovery by 605GL was a crucial component of the Plan as it benefited the environment while avoiding the damaging impact of water recovery.

“The projects that offset water recovery will be rolled out through to 2024 and are subject to a reconciliation process to ensure they deliver the environmental outcomes envisaged,” he said.

“A shortfall in the reconciliation process will see a return to water recovery and RGA encourages all stakeholders to get behind these projects to ensure the environmental outcomes are maximised. We cannot afford for these projects to not deliver.”

Mr Morton said the bipartisan agreement also addressed the recovery of up to 450GL through efficiency measures with an announcement of expressions of interest to begin the process.

Mr Morton said the agreement ended with a reaffirmation of the 80,000ML per day flow target at the South Australian border.

“These flow targets are highly aspirational and the RGA is extremely doubtful that constraints can be relaxed sufficiently to allow for such flows. The RGA urges all parties to broaden their thinking and consider how water can be delivered to the floodplain in a much more efficient way while minimising the risk that comes from engineering major flood level flows,” he said.

The Murray Darling Basin Authority (MDBA) says it welcomes the range of government commitments that have reaffirmed bipartisan support for the Basin Plan and secured the passage of two sets of important amendments to the Basin Plan in the Senate.

It says the commitments align closely with the priorities of the Authority—stronger compliance and better protections for environmental water; positive outcomes for Indigenous communities and Basin communities more broadly; and effective implementation of the projects tied to the Basin Plan SDL amendment.

“We are pleased that governments have strongly reaffirmed their commitment to fully and transparently implement these measures, and that this work will have the additional assurance of a Northern Basin Commissioner to oversee progress.

“We also welcome government agreement on a clear path forward for the recovery, as required under the Plan, of an additional 450GL of water for the environment through efficiency measures with positive or neutral socio-economic outcomes.”