Can ‘Big Data’ preserve the right to farm?

CAN ‘Big Data’ be turned to a new purpose – protecting and preserving the Australian farming way of life?

That’s a question posed by Victorian consultant, David Bone, from ORM at Bendigo. 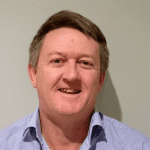 Mr Bone sees great potential to collect and analyse large sets of data from the farming community and use it to build a comprehensive case that can be presented to the wider world in support of farmers’ right to farm.

“To protect and preserve our social licence to continue farming, using shared community resources, accessing appropriate chemicals, even to boldly go into the brave new world of genetically modified crops in the future, will all depend on our ability to present a compelling case for the social licence of agriculture,” he said.

“We have a very compelling story to tell about the productivity gains Aussie farmers have made over the last decade, the reduction in resources required to produce more food, the tackling of serious issues like erosion and water wastage.

“It is a good story, but also a very complex one, and as we have seen, while the general urban public may support farmers, that doesn’t mean they have much understanding about the things we do or why we do them.”

That’s where Mr Bone sees agriculture using the principles of ‘Big Data’ collection and analysis, much in the way Governments, big corporations and supermarkets already do, to build a unified picture.

He said farmers were already amassing unprecedented amounts of information and data on-farm, but most of that was only utilised at individual farm level.

“Using large sets of numbers to ensure the best use of limited resources is the main role that ‘Big Data’ plays in primary production,” he said.

“Long gone are the days when the most accurate farm records were rainfall charts, or old school exercise books listing yield by paddock or lambing rates, all neatly written in longhand.

“These days a modern combine harvester actually generates way more data than grains of wheat. But while that computer generated analysis provides particularly relevant information for making farm management decisions, that’s where its usefulness comes to an end.”

Mr Bone would like to see the huge wealth of farm information put to greater use in the outside world to provide a positive message that would build support for Australian farmers and agriculture.

“What if we were able to take the data already being generated by our farm, after it has served its primary role in farm management, repurpose that same information and use it to provide an easy to understand, simple to communicate message about our farm’s efficiency?” he said.

“When you go and buy a fridge, there is a star rating system on the door which indicates how energy efficient that particular model is, when buying a washing machine, they have two star ratings, one for power and one for water consumption.

“Even cars have a similar label on the windscreen, a simple, universally recognised method of demonstrating efficiency and reliability.”

Mr Bone said a ‘Farm Stars’ system, a method of rating farming operations in a way that anyone could understand, without requiring a lot of additional explanation, or even having any detailed knowledge of farming, might hold the key to explaining the complex story of farming performance to urban audiences.

“In presenting our narrative to maintain social licence in the future, we could use this simple graphical Farm Stars display as a consistent explanation, which urban audiences will easily comprehend to effectively demonstrate just how well we are managing our responsibility to the planet, people and profits,” he said.