COONAMBLE and Walgett, two neighbouring regions in north-west NSW, share the legacy of the remarkable harvest of 2016. 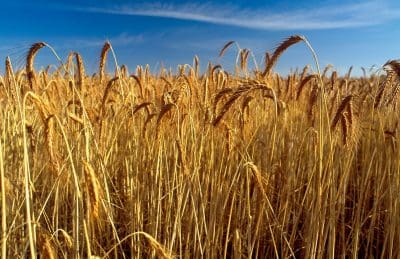 That put pressure on growers, harvesting contractors and carriers, as they deployed resources to harvest tall and bulky cereals concurrently with a large and tricky chickpea crop.

“The price of harvest contractors doubled, and there was a lot of pressure on trucks,” Coonamble farmer Bill Burnheim said.

Many contractors, who in their seasonal north-to-south swing had been delayed up north, had commitments to clients further south and needed to pull up stumps and get going to the next job without further delay.

Header fire control in crops such as chickpea included expensive but necessary downtime every hour to blow off crop-residue in searing heat.

Every commercial storage filled fast as harvest poured in, and resulted in record or near-record intakes at north-west NSW GrainCorp storages.

On January 11, GrainCorp announced its Coonamble site topped the 2016-17 harvest, with close to 400,000 tonnes of grain received, while the Walgett site received nearly 300,000t.

Other records included Cryon with 130,000t and Burren Junction and Gilgandra with 160,000t each. Trucks were at a premium and storages, once full, were shut to further deliveries. Temporary pads, or other spare ground, received much of the overflow.

Even with a $21 million pre-harvest GrainCorp investment in improvements, the size of the 2016 grain harvest caught everyone by surprise. 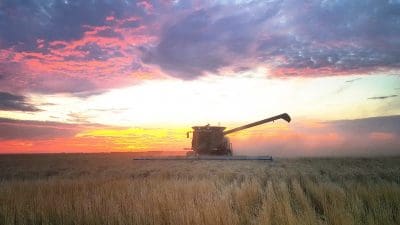 Plenty of wheat harvested in 2016 in Walgett and northern Coonamble districts has made APH specifications, helped by an enforced long fallow thanks to drought which severely limited winter crop plantings in 2013, 2014 and 2015.

This helped minimise yield losses from diseases like crown rot, and aided build-up of nutrients through mineralisation in the soil.

The only downside to wheat harvested in 2016 was the price.

Significant quantities of feed barley from the Coonamble and Walgett region have already been sold into feedlots in northern NSW and southern Queensland.

Mr O’Brien estimated at least 50 per cent of the districts’ chickpeas have been sold, but plenty of barley, as well as the region’s number-one pulse, was still being held on farm awaiting pick-up from buyers.

Lachstock Consulting’s production estimate across the entire region of north-west NSW cited the zone’s wheat crop size in line with the 2010 and 2008 crops of around 2.2Mt, ranking the north-west top in 2016 compared with its 5-year average rank of number 4 (see table 1).