IN A a wild relative of cultivated wheat, researchers have found a gene, likely delivered through horizontal gene transfer from a fungus, that drives resistance to fusarium head blight (FHB) – an intractable fungal disease devastating wheat crops worldwide. 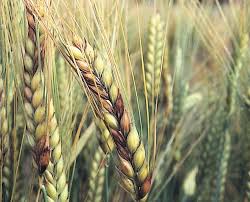 According to a new study, introgression of the newly identified FHB resistance gene Fhb7 in agricultural wheat confers resistance to the disease without a decline in overall yield.

And they are surprising as there is little evidence for horizontal gene transfer events involving nuclear DNA transmission from fungi or other eukaryotes.

FHB is a fungal disease of wheat caused by pathogenic Fusarium fungi.

Outbreaks of the disease are widespread worldwide and increasing in prevalence due to climate change and agricultural practices that promote infection.

In addition to greatly reduced wheat yield, the disease is also associated with widespread contamination of the crop by mycotoxins produced by the fungi, which promote infection and have harmful toxic effects on human and animal health.

Strikingly, the authors found no known homolog of Fhb7 in the entirety of the plant kingdom but discovered its coding sequence shares notable overlap with a species of fungus, Epichloë aotearoae, known to infect grass.

The findings suggest that Fhb7 in the Th. Elongatum genome may owe its origin to the fungus via horizontal gene transfer.

In further analyses, the authors show that engineering Fhb7 into wheat via distant hybridisation makes wheat of a variety of backgrounds resistant to both FHB and crown rot, without affecting yield.

Source: American Association for the Advancement of Science