SCIENTISTS have saved one of the world’s most important crop seed collections and breeding programs by dispersing it from its long-held home near Aleppo in war-torn Syria to more secure countries. Map showing ICARDA’s location south-west of Aleppo in northern Syria, and the positions of the warring parties a year ago. (Click on map to enlarge)
Sources: Al-Manar, SOHR, SANA, Al-Masdar News, Independent Observers.

The International Center for Agricultural Research in the Dry Areas (ICARDA), located in the Fertile Crescent where wheat was thought to have originated, has long been an important source of new plant material for Australian cereal and pulse breeders.

But the flare up of conflict in Syria in 2011 and the subsequent rise in fighting around Aleppo in the north where ICARDA is headquartered put the seed collection under threat.

ICARDA managers and staff, often working under dangerous conditions, undertook the enormous task of dispersing the collection to other nations and restructuring the organisation’s operations to preserve the valuable resource.

Thanks to those efforts, Australian breeders will continue to have access to the vital genetic material that helps underpin our nation’s crop breeding programs.

In the following transcript, Grain Central editor, Neil Lyon, who had the opportunity to visit ICARDA in the 1990s, explores with ICARDA’s deputy director general for research, Dr Andrew Noble, how the Syrian conflict of recent years has impacted on the organisation’s capacity to maintain its vital role. 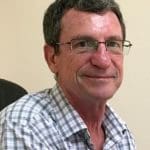 Dr Noble is an Australian scientist who has held many important academic and research positions throughout the world, including principal research scientist with the CSIRO.

He took over the role of ICARDA deputy director general for research on September 1, 2015.

He is based in Jordan.

Q. What has happened to the ICARDA seed collection and breeding program since the troubles began in Syria?

With the conflict that has engulfed Syria, ICARDA had to vacate its headquarters and operations at Tel Hadya near Aleppo in 2012 and re-establish its operations outside Syria.

With the generous support of regional partners and donors, ICARDA has over the past four years re-established its operations associated with the genebank and breeding programs through a decentralisation strategy that has hubs (regional innovation platforms) in Morocco (Rabat), Lebanon (Terbol), Turkey (Izmir and Ankara), Ethiopia (Addis Ababa), Uzbekistan (Tashkent) and India (Bhopal).

Through this decentralisation approach the centre has been able to build the infrastructure and re-establish its genebank and breeding programs that address the drylands agro-ecosystems in which the mandated crops that ICARDA supports are grown.

Of critical importance to ICARDA is the role that it has in protecting and maintaining the genetic material of key drylands food crops (i.e. wheat, barley, Kabuli chickpea, lentil, faba bean, Lathyrus (grass pea), a range of forages and a rhizobium collection) that we hold in trust.

Before the Syrian conflict began, in 2011 ICARDA did an inventory of its germplasm collection and determined that 87 per cent of the collections were already safely duplicated outside the country.

With the establishment of the Svalbard Seed Vault in Norway in 2008, ICARDA started to send ‘safe duplication’ copies of its genetic materials there and, by 2014, 80pc of the collection was safely duplicated at Svalbard.

Today, some 98pc of the genebank accessions are secured outside ICARDA, in Svalbard, Turkey, Lebanon, Morocco, international research centres CIMMYT (Mexico) and ICRISAT (India), and in national genebanks of India and Switzerland.

Over the past four years ICARDA expanded its genebank facilities in Rabat, Morocco, and in Terbol, Lebanon, to house the current collection.

It should be noted that the genebank in Aleppo is still functional even with the conflict with dedicated staff maintaining the generators that supply electricity to the facility.

Between our three facilities (Aleppo, Rabat and Terbol) we currently house 154,251 accessions that range from primitive progenitors to unique landraces.

The Morocco and Lebanon genebanks manage the active collection of genetic material and respond to requests to send material to breeders worldwide.

Last year some 20,000 accessions were requested by crop breeders from many countries.

The disruption of operations has had limited impact on the breeding programs.

With the support of the region, countries and national agricultural research systems – who have provided us with land and associated services to maintain breeding programs – ICARDA was able to re-establish its breeding programs with core hubs in Morocco, Lebanon, Turkey and Ethiopia.

These programs are now back to full strength.

ICARDA continues to engage with the international research centre, CIMMYT, Mexico, in the Australian centred CAGE program through the supply of elite material to be evaluated under Australian conditions and continues to supply genetic material on demand to breeders in Australia.

With respect to the germplasm held within the genebanks and with at times limited access to the genebank in Aleppo and the regeneration of the active collection, in October 2015 a decision was made to gradually retrieve the accessions from Svalbard to reconstruct the active and base collection in Lebanon and Morocco.

This is the first time that this has ever been attempted and the first shipment was received with a total of 38,073 accessions.

This, in itself, has been a valuable experiment to determine whether we can regenerate material held in trust in the ‘black boxes’ in Svalbard.

In 2015/2016 the first new sets of germplasm were successfully established in Terbol and Rabat and it is anticipated that the first set of regenerated material will be returned to Svalbard in February 2017.

This has been an enormous undertaking and one in which we have learned much.

There have been implications for Australia and other countries. At times we were unable to supply specific germplasm sets to breeders due to our inability to access material in Aleppo and the decline in seed material within our active collection.

This matter is now being resolved with the material retrieved from Svalbard after its regeneration in Lebanon and Morocco.

Q, What will be the role of the facility in Morocco and the recently-opened genebank at Terbol in Lebanon?

To continue its mission of conservation and distribution of genetic resources, ICARDA was obliged to relocate its activities outside Syria due to the conflict.

Although several countries have expressed interest in hosting the ‘in-trust’ collections, it was decided to relocate the genetic resources core activities to Lebanon and Morocco where ICARDA is conducting most of its breeding activities (this will ensure the desired continuum between conservation and use of genetic resources), and where ICARDA has equipped the two stations at Terbol and Marchouch to facilitate the genebanks and its operations.

In both countries, the governments have agreed to facilitate the exchange of germplasm which could not be guaranteed elsewhere in the region.

In addition, Terbol, being in the heart of the Fertile Crescent would allow the regeneration of crop wild relatives and temperate range and forage species with no fear of escapes.

All germplasm of Lathyrus (grass pea) and faba bean require isolation and are multiplied and conserved in Lebanon.

In addition, with the facilities and operations in Terbol, there is the possibility of using experienced staff from Syria who are contributing to the training of newly hired staff in Lebanon.

It should be noted that the task of regeneration of accessions retrieved from Svalbard to reconstruct the active and base collections is not trivial and requires significant infrastructure and resources, particularly human, to achieve this critical outcome.

In Morocco, the work is focused on conservation of cultivated species of wheat, barley, lentil and chickpea.

Q. What level of connection is there still with Australia?

Australia is among the strongest partners of ICARDA in collecting, conserving and using genetic resources. Several joint projects were conducted in the past which have allowed the enrichment of the collections with novel diversity from Central Asia and Caucasus (CAC) countries.

These projects have also allowed enhancing the capacities of CAC countries by rehabilitating of national genebanks and training of staff.

In the early 2000s, the collaboration with Australia (ACIAR and GRDC) created the Focused Identification of Germplasm Strategy (FIGS), a unique and innovative tool that uses artificial intelligence to mine genetic resources to rapidly identify useful traits.

This approach allows the selection of best-bet subsets, matching the location where the material was collected with the traits, giving a higher probability of finding the traits that meet breeders’ specific needs.

The FIGS tool is now in its third phase. It has supplied germplasm from more than 52 subsets to Australia.

This germplasm was introduced in the small grain genebank in Australia and has been largely used by the breeding programs as parental germplasm to transfer genes for resistance to major diseases and tolerance to heat and drought.

Since 2003, five GRDC projects are under implementation, most of which are aiming to provide Australian breeding programs with parental material either as landraces or elite breeding germplasm.

Q. What is the importance of ICARDA to the world, and to Australian grain producers?

The germplasm that is held in trust by ICARDA will be critical in meeting future food and nutritional security as we move into an era of greater variability in climate and dietary preferences.

The genes held within the collections hold the key to breeding resistance to biotic (i.e. diseases and pest) and abiotic (i.e. drought resistance, heat tolerance etc.) stresses. These genes will be critical in meeting future food demand. 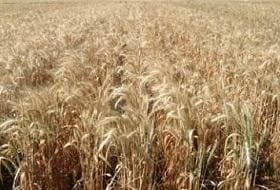 Rust-resistant wheat varieties from ICARDA have been an important source of genetic material for Australian plant breeders.

ICARDA is positioned in the Fertile Crescent where domestication of many of the planet’s major staple crops occurred.

This positions the centre in a unique position to undertake both in situ and ex-situ conservation of the genetic resources that have their origin in the region.

The region in which the centre works has many attributes similar to Australia.

Its arid Mediterranean climate is similar to those of Western Australia, South Australia and parts of the grain belts of NSW; it has landscapes that are similar and shares common challenges of managing rainfed food production systems.

As an international research for development centre, ICARDA provides global public goods science and distributes to breeders and farmers unique seed material that has the genes that will address biotic and abiotic stress; identify useful traits and undertake pre-breeding initiatives; genomics; DNA fingerprinting etc. – all of which feed into our breeding programs and are freely available to all as a global public good.

Q. The future for ICARDA?

ICARDA will strengthen its collaboration with national agricultural research systems to collect threatened germplasm in all non-tropical dryland countries, especially those experiencing unrest.

We will also strengthen the promotion of on-farm conservation of dryland agrobiodiversity using cereals, legumes, fruit trees, vegetables and medicinal plant landraces and species and continue to provide vital technical backstopping to NARS for the establishment of reliable genebanks in Lebanon, Jordan, Libya, Morocco, Palestine, Tunisia, Yemen, and Gulf countries.

Using the collection, ICARDA will rehabilitate degraded ecosystems and meet future shocks due to climate change by mining genes that can withstand these shocks to ensure food and nutritional security for all and create vibrant and dignified livelihoods for the men, women and children in the rural drylands communities.

ICARDA will continue to refine the FIGS approach and technology combining evaluation, environment and genotyping information and the development of user-friendly program for FIGS sub-setting.

This will be critical in optimising the mining of important genes from the collection for both biotic and abiotic stresses.

We will continue to develop our genotyping and precision phenotyping attributes of ICARDA’s supplied germplasm – with a particular focus on the rainfed systems that dominate the MENA region.

Finally, we will enhance our activities in pre-breeding to allow for the introgression of genes from crop wild relatives into our domesticated crops.