ASIA’S demand for a high-protein wheat with different end-use characteristics to Prime Hard is making the creation of a new Australian baking classification likely in coming years. 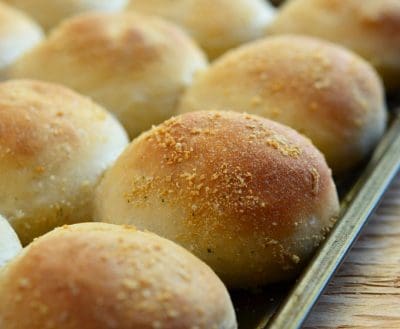 Pandesal, bread rolls made from an American-style dough containing sugar and salt.

The new classification has nominally been dubbed Elite Baking by Wheat Quality Australia (WQA), and its potential is being assessed as part of the authority’s Market Driven Classification project.

Meanwhile, the Australian Export Grains Innovation Centre (AEGIC) is looking at requirements of selected Asian markets for the new type of Australian wheat.

The varieties would compete with Canadian Western Red Spring, and US Dark Northern Spring in Asian markets, where increased demand from American-style baking is boosting and changing feedstock for flour mills.

WQA executive officer, Hugh Robertson, said industry had accepted the need for a new classification which sat between the North American spring wheats well suited to baking, and the plentiful supply of Black Sea wheats which were also working into Asian markets.

“We have never had a strong share in that Asian baking market, which is growing quickly, and there’s more competition now from Black Sea wheat in that 11 to 12-per-cent protein range,” he said.

“That’s where we’ve got price pressure, and we can’t compete on price, but we can compete on quality.”

Mr Robertson said flour for pandesal, the salted bun popular in The Philippines, is one Asian market well served at present by North American but not Australian wheats.

“Prime Hard is meant to do lots of things: bake well, make really good noodles, and work in the domestic market.

“What it probably doesn’t do so well is the fourth requirement, and that’s baking in high-fat high-sugar and long-fermentation use for loaf bread, steamed bread and filled buns.”

This represents an American style of baking, different to the European-influenced bread markets such as Vietnam, where Australian bread wheats are popular.

Mr Robertson said an Australian baking class could compete in this and similar markets where the much more versatile Prime Hard was overlooked.

“The question now is: Can we do it, and how long is it going to take?” he said.

“We’ve got better breeding programs, and better-educated farmers than our competitors, so I’d say we can, but we’ve got a job ahead of us.”

However, they are waiting for direction from WQA, which is expected to issue specifications once feedback has been received from AEGIC and international customers.

“One of the problems we face now is we don’t know what to test for. If we want to change the classification, we will first have to test for qualities like a much stronger dough profile.”

“For the past 50 years or more, we’ve been breeding for noodle markets, so this addition of a baking classification would be a significant change in direction for Australian wheat breeding.”

Mr Jacobs said Australian wheat-breeding companies could access North American germplasm through their links to equivalent organisations in the US and Canada.

“Over the years, we’ve brought in thousands of lines from overseas, but if the dough their wheat makes is too strong, or the mixing times are too long, they won’t fit Prime Hard specifications, so they might go into Feed.”

“What we need is a completely new class that’s minimum 13pc protein, and preferably 14pc protein, to be grown in traditional Prime Hard areas, and that has the exceptional quality Australian wheat is famous for.”

Mr Jacobs said Australian wheats bred to fit the baking classification were likely to include some proven genetics for traits like drought tolerance and disease resistance found in Prime Hard varieties.

“It will take away significant areas from Prime Hard.”

Mr Jacobs said at least 2Mt of wheat per season would need to be delivered to the new baking classification to make it viable for breeders to target, and to supply bulk Asian markets in competition with North American shipments.

He said development of new baking varieties was likely to take five to 10 years.