SOUTH AUSTRALIA can look forward to average yields at best as some of the state’s traditionally safe rainfall areas struggle to get crops up and away after a patchy start to the winter-cropping season. 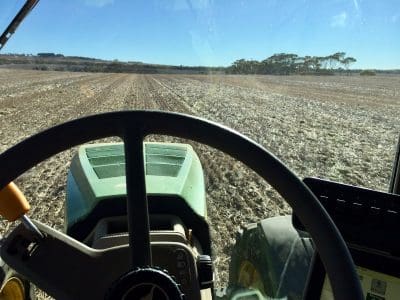 Parts of the Eyre Peninsula are among the worst affected, and while rain in the past week has helped some crops considerably, others have continued to miss out.

The inverse is that some of the state’s lower-rainfall areas such as the Mallee and Upper North have gotten away to a good start on timely planting rain which allowed canola, pulse and wheat crops to get their roots into subsoil moisture.

Principal of Eyre Peninsula Integrated Commodities, Steve Whillas, said 10-15 millimetres over much of the Eyre Peninsula (EP) in recent days has helped to bolster confidence in the crop.

“I’ve heard some people got up to 45mm or more in places, but overall, EP is potentially looking at its worst drought for a long time, maybe 20 years,” Mr Whillas said.

Mr Whillas said some resowing of wheat and barley was likely to take place, if only to provide a cover crop to protect soil from wind and extremes of temperature.

While most of the state’s cropping areas have had 10-30mm of rain in the past week, Grain Producers SA CEO, Darren Arney, said rainfall in some areas was still sitting in decile one. 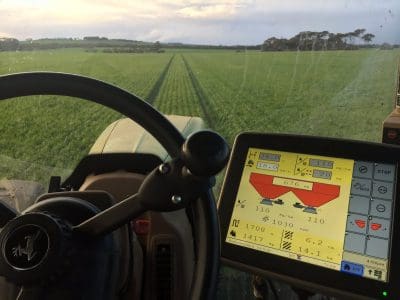 “Some crops that were dry sown in April-May haven’t germinated, and others have emerged but haven’t persisted.”

“While the southeast and the Mallee, and some parts of the Mid North have had early rain that has allowed their crops to get established, it would be very hard to see an above-average crop for SA this year.”

“There’s plenty of talk in the forecasts of a dry spring; that’s got people nervous.”

Mr Hewett said Freeling in the Lower North and Ardrossan on the Yorke Peninsula were among the districts which could normally be relied upon to produce high yields, but were looking patchy as not enough rain had fallen to allow crops to germinate solidly.

“The southeast is set up fantastically, and one could argue that the Mallee is looking as good as it’s ever looked, but you can’t hang an average crop for the state on that.”

“In some areas, the crops are still sitting in the topsoil and waiting for enough rain to get down into the subsoil.”

Mr Hewett said some growers in parts of SA would plant crops into late July, but they would risk more damage from hot dry winds which often feature in the state’s spring weather.

“We’ve had a massive rally based on news in the international market, and more parcels or wheat and barley are coming out every day as a result; the market’s up 25-30 per cent since harvest.

“Anyone with a reasonable crop going forward can get $300 a tonne delivered port for new-crop APW; eight weeks ago it was more like $235.”

Mr Hewett said troubles for the North American protein wheat crop, as reflected in the jump in values in US futures trading over recent sessions, could mean significant premiums for South Australian milling wheat.

“There is a real protein story to be told there; if we have a lighter crop volume wise, for H1 or 13pc protein, there could be a $30-40/t premium at least.”

Mr Hewett said some SA growers were washing out cereal contracts based on failing prospects for yields.

“Those grower washouts have had to come into the market and buy back their forward commitments, and that’s helping to lift prices as the trade changes its position from being so bearish about wheat to where we are now.”