Is paddock-to-plate traceability possible in the grains industry?

WHILE many food production industries offer consumers a supply-chain story that tracks the product all the way back to the paddock it was grown in, the grains industry currently lacks the means to supply such information to consumers. 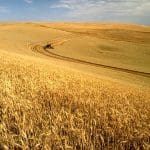 So, what is holding the grains industry back from implementing comprehensive traceability of its product from paddock to the dinner plate?

It’s a question Birchip Cropping Group CEO, Chris Sounness, will address in his presentation to the ‘Harvesting the Benefits of Digital Agriculture Conference’ being held in Melbourne today and tomorrow.

Mr Sounness said consumers were increasingly wanting to know where their food came from and who produced it – they were looking for the traceability and the provenance.

“If that is what the consumer is wanting in the future, what challenges would the grains industry have if we had to bring it in quickly? What needs to occur so we can still access the premium markets of Japan, South Korea or even Melbourne or Sydney,” he said.

Mr Sounness said the industry needed to imagine the consumer sitting at a table in Tokyo or Melbourne having a bowl of noodles and eating an apple, and wondering where the products came from. 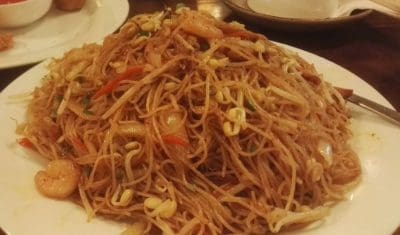 He said the horticulture industry could almost tell the consumer what tree the apple came from, but the grains industry would be at a loss to provide any useful information on the source of the grain that went into making the noodles.

In fact, he said the consumer was likely to ask “What tree were the noodles grown on?”, further highlighting the challenge for the grains industry to engage with its customers.

“One of the problems in the broadacre grain industry is there is a real disconnect between consumers and what farmers produce and where that product comes from. In the grain industry, we have no real ability to do that,” he said.

“So, what do we need to put in place so the consumer can identify where the noodles come from?

“There could be a bar code on the box that tells them, for instance, the grain was part of a 25-tonne container that came out of the Port of Melbourne; there were six growers who contributed to the shipment; the six growers all followed best practice.

“It could even say the grower was from north of Horsham, has six kids, is a member of the local footie club. All of a sudden we can meet the consumer’s needs of wanting safe food and a story behind it.”

But to achieve that, Mr Sounnes said the industry would have to overcome long-entrenched challenges to establishing a chain of traceability.

“So, we have to come up with something that is automated. We are in the internet age, and that allows things to happen virtually automatically.”

Mr Sounness said the three main barriers holding the industry back from opening up to supply chain traceability were the issues of connectivity, capability and trust.

“We need to tackle the connectivity issues so farmers get fit-for-purpose solutions – it is not just about mobile phone blackspots, it is about the Internet of Things and getting all the machine data in formats so it can flow freely back and forth in real time from all the devices automatically,” he said.

“There is a huge capability issue in ag tech at the moment where there is a barrier to entry for many farmers. When you think of yield mapping technology that has been around for 15 years on most harvesters, about 80 per cent of farmers are getting nothing from it because it is too hard. Some farmers are getting great value from it, but they are few and far between.

“With the issue of trust, there are huge trust issues between the farming sector and the rest of the value chain. Farmers are very wary of the value chain with a long history of feeling like they have come out second best whenever technology has been adopted. They haven’t captured enough value inside the farm gate. And the internet itself has a heap of trust issues.”

However, Mr Sounness said if the issues of connectivity, capability and trust could be resolved, there were big benefits to be gained throughout the supply chain.

“We have found there is $120/hectare available for the value chain if we can solve those three issues,” he said.

“Some of that will be on the farmers’ side through precision agriculture and using fewer inputs, and some will be for the rest of the value chain. The farmers are the ones who will have to implement most of the systems to get the $120/ha.

“It is a ‘heroic’ number and most of it probably won’t be realised, but it does give an idea of the size of the potential target. It is huge if you start applying it across hectares.”

Looking into options for establishing traceability, Mr Sounness said the Birchip Cropping Group in Victoria had conducted a feasibility study exploring the concept of whether a digital co-op would work.

“The rest of the value chain thought it would be a great idea. They would be very keen to engage with a digital co-op through a trusted broker. But the farmers were more ‘on the fence’. They want to be more confident of capturing the value themselves,” he said.

“If you use the example of Google Maps, you get a value proposition straight away because you get to know where you are, then Google captures the value afterwards.

“At the moment, most of ag tech says to the farmer: “You give us the information, then once we have had a play with it you might get some value back”. So, there isn’t enough upfront in the value proposition for the farmer.

“So, we have to come up with a way where the farmer gets the value proposition first, then the rest of the value chain gets some value from it.”