Late starters come out on top in mediocre mungbean season

LATE-SOWN mungbean crops have been the only shining light in a season to forget for most mungbean growers in the northern cropping zone this year. 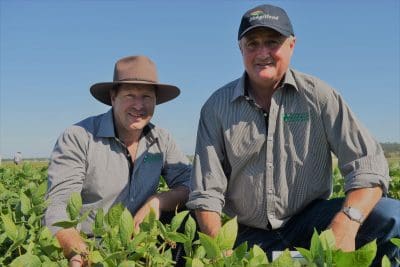 Such was the severity of the long, hot summer in the growing regions from Central Queensland to central western NSW, many of the expected plantings didn’t go in and those that went in early suffered under an onslaught of searing temperatures and heavy insect attack.

Australian Mungbean Association president, Mark Schmidt, said after last year’s record crop, confidence levels were high, seed sales had gone through the roof and expectations were for another big plant of the short-season, pulse crop.

“But the season didn’t turn out the way we expected. Last year we had 180,000 tonnes. This year we were expecting to exceed it. But the hot, dry conditions didn’t allow it to get that far. We will have a reduced crop well down on what we were hoping for,” he said.

Mr Schmidt said it had been a season of crop extremes with very poor to “disastrous” crops at one end, and some very good crops at the other, particularly those from the late plant. 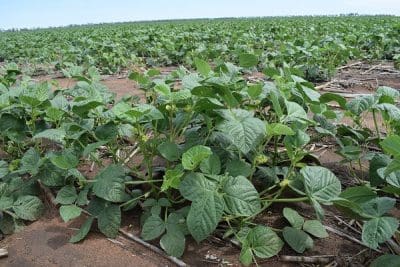 “The first crop was a spring crop that went in on some moisture from the rain we had in September/October. But once the crop was planted, there were just hot dry conditions with excessively high temperatures and the grain quality deteriorated. So, it was a combination of grading loss and a lower price,” he said.

“The next opportunity was in December/January where people who had storm rain put a bit of it in. But even those crops suffered. They are coming off now and will be the average crops we will see this year.

“The better crops are the ones that were planted really late in late January/early February. They are flowering and putting on pods now. They are now benefiting from the rain we have had.”

Mr Schmidt said growers had geared up to put in a big crop with more planting seed sold for this season than in the previous year when there was a record crop.

“So, the potential was there, but a lot of seed was held on-farm and in merchants’ shops because not all of it was planted. Growers can carry it over as long as they store it properly in cool conditions and keep the insects away from it, then retest it for germination,” he said.

Despite the disappointing season, Mr Schmidt said pricing for mungbeans was still very strong with even the poor quality grain making $1000/tonne and the better quality up around $1400/t.

He said the pricing outlook for next season was looking good and he was confident mungbeans would continue to play an expanding role in growers’ rotation programs.

“Mungbeans have seen significant growth over the last five years, caused by the high return to growers and the current varieties we have available. The new varieties have changed the humble “mongrel” beans into “money” beans,” he said.

“The significance of the new varieties was very evident this year, even though it was a very small crop. The crop went through very tough conditions. Seven years ago under these conditions you wouldn’t have harvested a crop, but there are growers who are harvesting crops today because of the better height and toughness of the new varieties.”