THE NSW Government will not be subsidising multi-peril crop insurance (MPCI) premiums, despite the fact an independent review has found it may boost farmers’ financial self-reliance during drought. 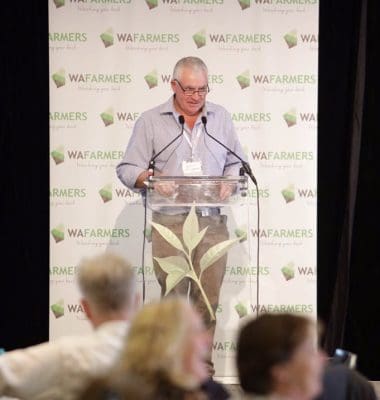 The announcement follows the delivery to government last week of the final Independent Pricing and Regulatory Tribunal (IPART) report on MPCI incentive measures assessed against the drought program evaluation framework.

In an online statement, the NSW Government said MPCI insurance premiums would not represent good value for money for the taxpayer.

“Total Government expenditure would be likely to increase as a result of subsidising multi-peril crop insurance because the expenditure of the subsidy would more than offset any savings in drought assistance.”

This is despite the government saying it had spent around $2.2 billion, or $220 million per annum, on drought assistance over 47,000 NSW farms during the 2002-2011 millennium drought.

The government response to the IPART report said market fundamentals for MPCI were already in place, and they were expected to develop with “new and innovative products becoming available to farmers”.

“The report finds no evidence of market failure to justify direct government intervention.”

However, Latevo , the key provider of MPCI policies in Australia since 2014, announced last month it had lost its underwriter, and would not be able to offer policies to clients.

Going on input from insurance companies, the NSW Government has estimated that 150-200 MPCI policies were taken out nationally in 2016.

Latevo CEO, Andrew Trotter, said the company’s difficulty in growing its client base may be impacted by MPCI policies being talked about as costing $40-$60 per hectare.

“The price of Latevo MPCI premiums is more like $15-$20/ha, and until people in the industry start using accurate current figures, farmers are going to be put off by those high prices they keep hearing.”

Mr Trotter said Latevo was working with an overseas-based underwriter, and hoped to offer MPCI policies from 2018 onwards.

Ardlethan farmer, Andrew Hawthorne, took out a Latevo MPCI policy in 2014, 2015 and 2016 for a maximum of $22/ha for his family’s cropping operation in southwest NSW, and is sorry nothing comparable was available for the 2017 season.

“We’ve had a dry winter to date, and the spring forecast is not looking promising; 2017 might be the year we really need a policy, and it could come back to bite the NSW Government if hands go out for drought assistance,” Mr Hawthorne said.

Mr Hawthorne is a member of the NSW Farmers Association, and was not aware of its Grains Committee having met with the NSW DPI or Niall Blair, the NSW Minister for Agriculture, to lobby for the MPCI policy subsidy to be made.

“I plan to raise this matter at the NSW Farmers’ state conference later this month.”

“I hope this is not the end of the road, and that NSW Farmers takes this up as being a more economically sensible move for the state and its farmers than the provision of drought relief when things go bad.”

As a long-time supporter and advocate of the concept, Mr Hawthorne spoke at the WA Farmers Federation annual conference in Perth earlier this year about MPCI.

“Everyone’s interested in it, but getting most growers to commit without some form of government endorsement to encourage confidence in the product is a really tough ask.”

In August last year, NSW Farmers made a submission to the IPART review, saying it supported a five-year subsidy of MPCI policies.

NSW Farmers was contacted about the NSW Government decision not to subsidise MPCI premiums, but was not available for comment in the alloted timeframe.

The Federal Government is continuing to offer a rebate of up to $2,500 to help cover the costs of financial reporting needed to develop each MPCI policy.

In the wake of the IPART review, the NSW Government has said it will abolish the 2.5 per cent stamp duty on MPCI products from 1 January, 2018 to make them more affordable for farmers.

MPCI offers an alternative to insurance policies which cover events like hail, fire and overspray, and have traditionally been purchased by around 80 per cent of farmers.

Based on calculations made from looking at grower expenditure on growing crops, and the resulting income, MPCI claimants receive a payout sufficient to cover what it costs them to produce a crop.

As well as covering damage from events like hailstorms, MPCI also cover crops against perils such as frost, drought, and waterlogging which were previously very difficult or impossible to insure.

Floods last year wiped out or damaged most of the winter crop on Shane and Natasha Peasley’s farm at Forbes in central NSW. Read their story here.