GRAIN and pasture seeds from NSW have been sealed in the Svalbard Global Seed Vault (SGSV) in Norway, as part of a worldwide project to safeguard the future of the world’s food supply. 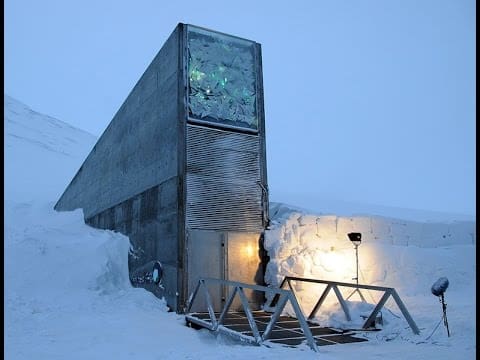 The Svalbard vault, which is built 120 metres into the side of a mountain above the Arctic Circle and currently contains 890,000 samples, is a natural freezer designed to preserve the world’s collection of seeds and protect them from global catastrophe.

“Pasture seed of 956 species from the NSW DPI collection are sealed in the vault and an iconic grass species, phalaris, was included in the SGVS 10-year anniversary celebration ceremony this week,” Mr Evans said.

“Phalaris was chosen to represent NSW, as it was selected for improvement here100 years ago and has become one of the most widely grown temperate perennial grass species in NSW.”

Grain seeds from 1260 Australian bread wheats from the NSW DPI Australia Winter Cereals Collection (AWCC) in Tamworth and representing the history of early wheat varieties bred in Australia, were also deposited in the SGSV.

Other significant seeds from NSW DPI now in the SGSV are native Australian Glycine species, unique to our environment.

Mr Evans said glycine species were selected due to their strong potential for application in local grazing industries, now and into the future, and their environmental significance.

Australia’s involvement with the SGSV began in 2014 when a delegation travelled to Svalbard and deposited 1500 oat genotypes from the AWCC.

Carefully selected seeds stored in the SGSV give future generations the ability to draw upon a vast array of genetic variability within major crops, which may offer potential food source solutions to possible and unknown extreme climatic and environmental conditions.