FOR crop insurance to be taken up by a more substantial proportion of farmers in Australia it needs to be simpler, cheaper and a longer term option, according to a visiting United Kingdom insurance specialist. 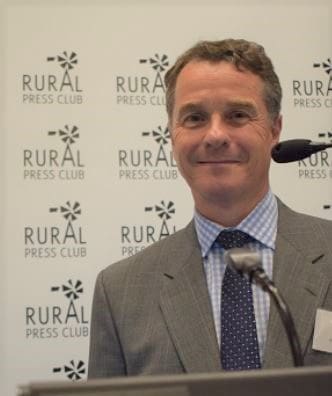 “Last year (in the United States) 290 million acres were taken out by 1.2 million policies. A substantial government policy is involved in that. 63 per cent (subsidy). 90 per cent of farmers take out crop insurance,” he said.

“Canada has more than 100,000 farmers insured on a Province basis with Federal support.

“Over the last 10 years China has grown from next to zero to $7-$8 billion in premiums.

“Similarly, in India, the national insurer of India is now the largest crop insurer on the planet.

“In Europe, the countries that stand out are Spain, France and Italy where it is done on a local basis.

Mr Roberts said while governments in Australia were unlikely to go down the subsidy path – as witnessed last week when NSW gave the thumbs down to multi-peril crop insurance support (see Grain Central story) – there was much that could be done to produce policies that attracted more uptake.

He said part of the solution was to develop products that were more affordable and longer term.

“We suggest the Holy Grail encompasses the products which have affordability because if you can’t afford it you are not going to buy it,” he said.

“It has to be effective and sustainable. There is no point having a program in the market for a year or two and then goes away. We have all seen that being the case.”

Mr Roberts said while the multi-peril crop insurance model was seen as the ‘Rolls Royce’, it shouldn’t be seen as the only option.

He said growers were looking for choice and there was a need for an alternative that was practical, affordable and sustainable.

“The multi-peril alternative, from what I have seen around the world, broadly speaking requires a government subsidy. So, we have to offer an alternative,” he said.

Mr Roberts said one alternative that “merits investigation” was an index-based solution which had the capacity to be customised to meet the farmer’s price point and avoided the complexity of traditional insurance products.

For example, it could be simply based on a measurement of rainfall, with that measurement being the only requirement for settling the contract. 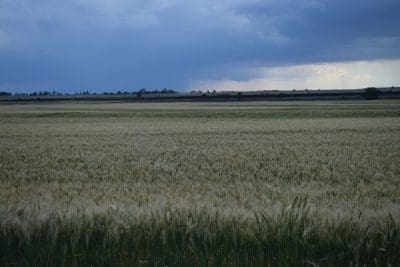 “It is not perfect, it has basis risk. But it is simple, effective and can be delivered without an agricultural insurance industry infrastructure which may not necessarily be in place,” he said.

“One of the advantages of an index-based payment system is that you can choose how much it is going to cost you, how often you want it to pay, does it match your risk management requirements. It’s a strategy that can be tailored to your requirements. It is not the insurer coming to you and saying “you have to have one of these”.

“It is about getting the right frequency of payment. Are you a 1-in-100-year person or a 1-in-3-year person? Those choices can be made.”

Mr Roberts said the insurance industry also needed to look at longer term solutions that gave farmers the assurity they were going to be there every time over three to five years.

“It is a mystery to me why so much of the insurance industry runs on a one-year basis, because agriculture doesn’t. We are increasingly seeing multi-year products come into play in other sectors. I am not aware of a multi-year product in agriculture anywhere. Insurers should be there for the long haul,” he said.

Mr Roberts is in Australia working with the Queensland Farmers’ Federation, the University of Southern Queensland and the Queensland Government to develop insurance products suited to Australian farming conditions.