Manildra Group has purchased the GrainFlow site just north of Bellata and on the eastern side of the Newell Highway. Image: Google

MANILDRA Group has extended its grain-storage network in New South Wales with the purchase of three sites ahead of the upcoming harvest.

Two of them, Bellata and Stockinbingal, have been bought from Cargill Australia subsidiary GrainFlow, with GrainCorp the vendor on the third site which will boost Manildra’s storage capacity in its home town.

All three sites are strategically located on the NSW rail network, with Stockinbingal having rail frontage at this strategic location on the south-west slopes, and the Bellata site having frontage to a private rail loop.

Bellata will supplement Manildra’s storage capacity in northern NSW beyond the bulk shed it has owned for many years at Moree, around 50 kilometres north of Bellata. 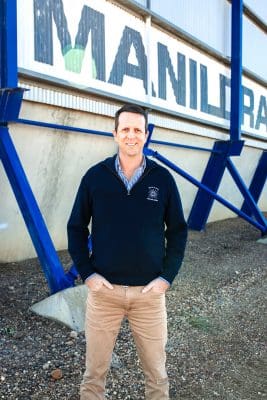 “This additional storage, on top of our current capacity at our four state-of-the-art flour mills, enables us to extend our storage up-country.”

“It further cements our footprint in regional NSW and commitment to a sustainable grains industry, ensuring we can continue to deliver high-quality premium wheat from our storage sites to flour mills daily.”

Manildra Group’s mills are located at Gunnedah, Manildra, Narrandera and Nowra, and the company said the location of its newly acquired sites will facilitate round-the-clock access to rail-sized parcels of wheat 365 days a year.

The NSW drought which started in 2017 and is now over in most districts saw the company import high-protein wheat from Canada to make up for the shortage of domestic grain available for milling.

It appears likely the company’s purchases from GrainFlow and GrainCorp will it allow it to build up stocks which will be crucial in any future droughts, and useful in non-drought years.

The Bellata and Stockinbingal sites are both mainly bunker storages with capacity in excess of 100,000 tonnes, while the Manildra site provides permanent storage for 70,000t.

“Manildra continues to be an important customer for GrainCorp and we look forward to working with them at other sites across our network,” a GrainCorp spokesperson said in relation to the sale.

“The sale of the site is a positive result for local growers in the area as we don’t anticipate that the site functions will change under new ownership.