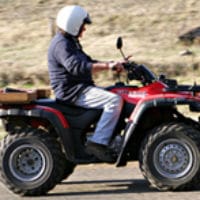 So far this year, 10 people have been killed in quad bike incidents in Australia. Half of the fatalities occurred in New South Wales while Queensland and Victoria accounted for two fatalities each. The remaining one fatality occurred in South Australia.

In 2016, there were nine quad bike fatalities in Australia.

Safe Work Australia statistics show almost half of all fatalities were the result of a rollover and 69 fatalities occurred on a farm or property.

Of the 104 fatalities, at least 66 were due to unstable or uneven terrain, for example, an incline, ditch, embankment, sand, mud.