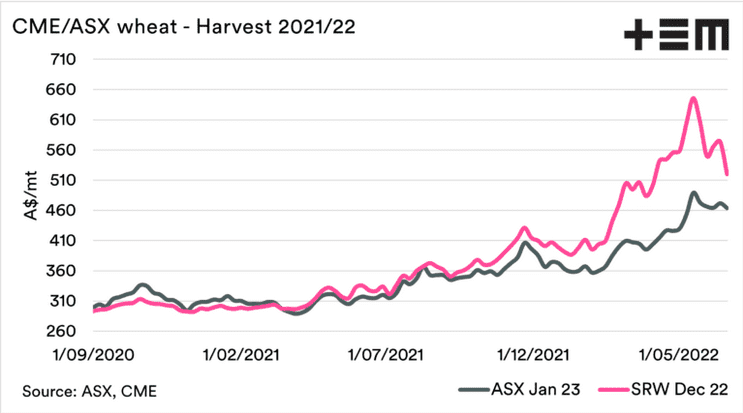 Graph 1: Australian wheat futures have posted a much more modest fall in recent weeks when compared with the tumble encountered on the Chicago exchange. Source: Thomas Elder Market

HEAT is disappearing from global wheat markets as crops in many Northern Hemisphere locations look set for a strong finish, and conditions consolidate for what is shaping up as Australia’s third bumper crop in a row.

“The market has provided some great pricing opportunities to hedge for the coming harvest,” Mr Whitelaw said.

“In our discussions with farmers around the country (last) week, most have not performed any forward sales.”

Mr Whitelaw does not provide advice about when to sell or buy in his TEM commentary, but said the prices on offer at present deserve consideration when looked at historically.

“At present, values are still very strong, although a lot of potential value has been lost.

“I think it is important that farmers consider their options when marketing grain, especially with the market being so high in recent months.”

In a report released June 2, Mr Whitelaw said he often saw growers stop selling when markets rose based on the idea belief that values would continue to climb.

“Unfortunately, what often happens, especially in a market rallying strongly, is that we go over the peak before we start selling.

“Unless you are good (or lucky), it is almost impossible to pick the top of the market.”

While the Jan 2022 ASX wheat contract, and Chicago Dec too, could well reverse their downtrend, it seems unlikely, and the upside is the firming in basis, namely the relativity between the Australian free-on-board price of wheat and the corresponding Chicago futures price.

“The price of wheat in Australia has fallen at a lower decline than overseas, which has helped improve our basis for new crop.”

Mr Whitelaw said the fall is part of softening in commodity prices generally as concerns build about a looming economic recession.

Demand destruction could result in industrial use of grain for production of commodities like ethanol could result.

“The speculators in the market have continued to reduce their net long positions.

“Overall, they are reducing their bet that the market will increase.”

Northern Hemisphere new crop is starting to hit the market, and this includes the Russian wheat crop estimated by Sovecon at a record high of 89.2 million tonnes.

“The wheat market has been interesting, to say the least, over the past couple of months.

“This is a period we will all remember for a long time.

Mr Whitelaw has described the moves of the past week or so as “pretty traumatic”, with Chicago December wheat futures dropping an Australian-dollar equivalent of $72 per tonne since June 17.

“They have been trading in a huge range in the past two months.”

The Chicago December contract peaked on May 18 at an AUD equivalent of $675/t, and Friday’s trading session closed at $503/t.