Speakers in the Pulses 2.0 Virtual Conference session on faba beans.

HARVEST of Australia’s 2020-21 faba bean crop is under way as exporters look to Egypt to absorb the first large export surplus since 2017.

However, the world’s largest faba market will be weighing up offers from Australia against those on European product, and Mufaddal for Food Industries principal Mufaddal Saifuddin said quality as well as price will be a determining factor.

Speaking at the Global Pulse Confederation’s Pulses 2.0 Virtual Conference on Wednesday, Mr Mufaddal estimated Egypt’s requirement for imported faba beans to be around 450,000 tonnes in the year to 30 September.

He said Australian beans will not always get the business, even when they are US$20-$30 per tonne cheaper than European cargoes.

“A big part of the market likes Baltic and EU beans because they cook faster and they take less fuel to cook.”

Trade sources have had feedback from Egyptian buyers in recent years that Australian beans have inconsistent cooking times, possibly due to comingling of varieties in export parcels.

Containerised Australian new-crop exports of faba beans will start this month out of Brisbane, and bulk shipments from South Australia and possibly Victoria are likely over summer and into autumn.

Tourism plays a big part in Egypt’s economy, and has been hard hit by the cessation of leisure travel caused by COVID-19. 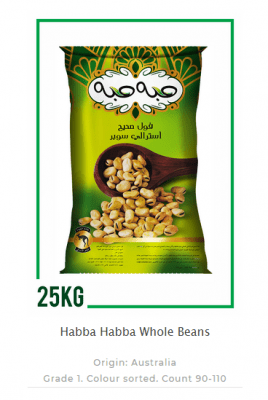 Faba beans are a staple in Egypt, but have suffered a drop in consumption during COVID.

He said the closure of schools and construction sites due to COVID has also reduced Egypt’s consumption from its normal levels, and some demand has shifted away from faba beans.

“Egypt did not know how to make falafel from yellow peas and lentils until 2018.

“In Egypt, consumption patterns have changed.”

Providing some hope for increased consumption has been Egypt’s recent lifting of the re-export ban on processed faba beans “under very strict conditions”.

“We have a lot of challenges.”

Egypt consumes all of the faba beans it produces, usually around 150,000t.

Agri-Oz Exports Melbourne-based managing director François Darcas said the Australian crop was on track to produce around 520,000t, down from record 2016-17 production of 600,000t.

“In Australia, we are looking at a fairly good year,” Mr Darcas said.

“We’re losing some tonnes in the northern part of the country with a new virus which is wreaking havoc, but it’s fairly localised.”

Countering that are good to excellent conditions in the south, where Mr Darcas said yield potential was climbing thanks to finishing rains and mostly ideal temperatures.

“We are gaining tonnes in New South Wales, Victoria and South Australia.”

Mr Darcas said large crops like the one now being harvested would be selling into a “pretty finite” domestic market, and supply-side pressure could be expected to see prices drift down to feed levels.

“That could be the case with COVID effects.”

Mr Darcas said prices for faba beans had been fairly stable at just under AU$400/t delivered up-country packer in Victoria in recent months, a figure that had failed to excite volume export demand.

“There hasn’t been a big rush from Egypt to buy.”

Behind chickpeas and lupins, faba beans will this year be Australia’s third-biggest pulse crop.

Mr Darcas said faba beans affected by the virus in NSW would not be suitable to export, and stressed that the virus was localised and not affecting crops in the higher-yielding southern areas.

“They will probably have to find a market in Australia.

“Problems in one region are not replicated everywhere.”

Frontier Agriculture trader Andy Bury said varying conditions have made for a “a very extended harvest” in the UK with a whopping range on yield and quality.

“Yield variance goes from less than 1t/ha to not much more than 4-4.5t/ha, when normally we would expect to average 4.5t.

“We’re around 480,000t on total production, but of that, only a very limited amount will be for human consumption.”

Mr Bury said UK prices have risen for fabas for feed. and most crops were of generally poor quality and low yield.

“As ever, other parts of the world usually compensate.”

“The farmers need a lot of feed for cattle, and the price of protein in France…is higher than what Egypt is paying for good-quality beans from Australia and the UK.”