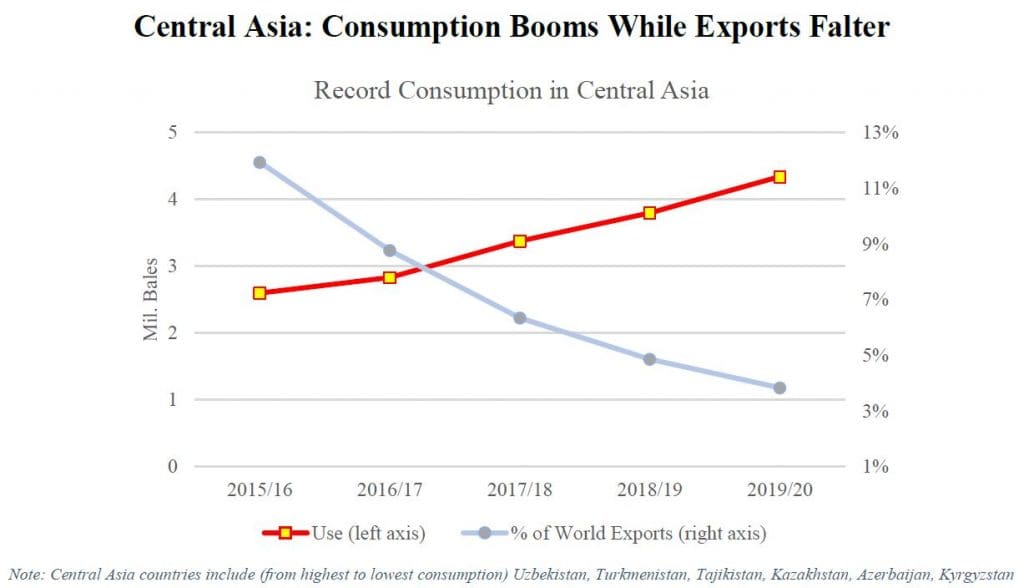 CENTRAL Asia cotton consumption is expanding significantly as countries implement political measures to curb exports and support value-added use, according to the latest ‘Cotton: World Markets and Trade’ report from the United States Department of Agriculture (USDA).

The region’s share of world exports has dropped per annum since 2015/16 as 2019/20 shipments are projected to be less than half of the region’s exports just four years earlier.

Uzbekistan banned exports starting this month, a similar measure to Turkmenistan banning exports in 2018/19 (for a brief period); Tajikistan had also discussed following the same measure.

Uzbekistan comprises the bulk of production and use, with the 2019/20 forecast accounting for more than three-fourths of the region’s total consumption. 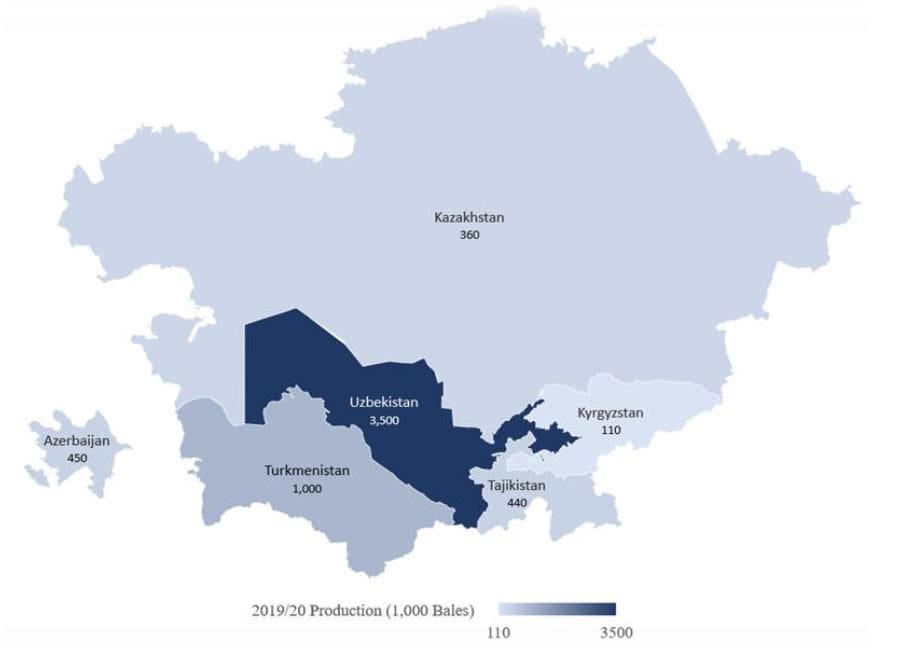 These companies are expected to improve efficiency of lint production via drip irrigation and machine harvesters (versus handpicked), expand spinning mills’ operating capacity, and further develop fabric and garment manufacturing as they shift to exports of value-added cotton products versus unprocessed lint.

Greater government and foreign investment have also been evident in Tajikistan, as the government proposed to establish a full cycle of processing cotton by 2025.

The country has recently expanded spinning capacity with additional government and Chinese investment.

Challenges in regard to expanding exports of processed products include consistent and sufficient domestic crops, affordable electricity, reliable and timely transportation for exports, and mill access to financing.

Nonetheless, Central Asia’s 2019/20 cotton consumption is forecast at a record, in contrast to lower consumption expected in China and anemic growth in Vietnam.

Future growth in Central Asia is expected due to significant political objectives in the region.