HERE IN Australia, our dramatic drought across eastern Australia is front of mind. 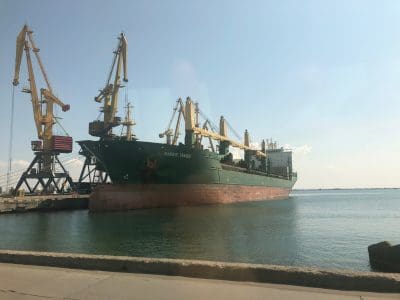 On the other side of the world in Europe, Russia and the Black Sea, drought is not a word that is often cited.

For this current production cycle, however, there has been well below-average rainfall across many parts of Russia and Europe, which has lowered cereal and oilseed production, resulting in a significantly reduced export availability of grains for the next 12 months.

European and Russian wheat and barley prices have jumped significantly to reflect these lower production outcomes.

Middle East and Asian markets have stepped up their buying activity over the past 10 days as the surge in values has caught them by surprise.

Many of the world’s major markets have stepped up their tender activity with Egypt, Jordan, Algeria, and Iraq all buying wheat at US$20-40 per tonne above values from just one month ago.

The full impact of these smaller crops is yet to play out, but Russia and Ukraine have made significant inroads into expanding their wheat and barley sales into Asian markets over the past few years.

This progress will certainly stall in the short term.

Unfortunately, the drought here in Australia will limit Australian grain export opportunities to recapture some of this lost market share.

Their language said it all: Strategie sharply cut its estimate for this year’s soft wheat harvest in the EU, citing “catastrophic” yields in Germany and Scandinavia.

“Disappointingly low yields are now confirmed in France, Italy, UK, and the central and southeast EU countries,” it added.

Strategie projected EU soft wheat production at 127.7 million tonnes (Mt), compared with 132.4Mt estimated one month ago, and just under the 130Mt it forecast in a late-July update.

Stories are circulating, albeit without foundation, that Russia and even Ukraine are considering placing a limit on their wheat exports in the short to medium term to ensure adequate stocks are retained for domestic market requirements.

For the next 12 months, Asian and Middle East cereal buyers will need to contemplate suppliers outside Black Sea markets, as well as prices above what they have paid over the past few years.

Who fills the void of lower Russian and EU supplies over the next 12 months into key Asian and Middle East markets will be carefully monitored.

On the surface, it appears highly possible that the world’s traditional exports, the US, Canada and Argentina, will regain some of the momentum they have lost over recent years, as their crops have ended up being in line with expectations.