UNDER the latest review by Barley Australia of the preferred malting varieties list, Buloke variety has been removed in Victoria and Western Australia, Commander in NSW and WA, and Baudin, Gairdner and Navigator in South Australia. 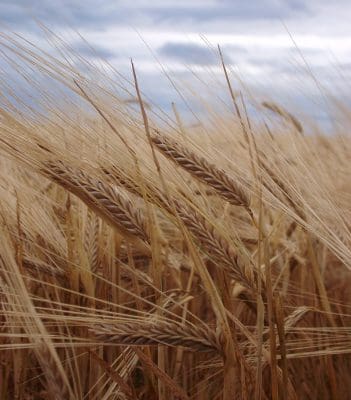 “As market demand for malting barley changes, which is itself a function of the domestic and export brewers’ needs, various varieties are removed or superseded. A variety once removed from the Preferred List is still an accredited variety and is retained on the Accredited Varieties List,” Barley Australia chairman, Andrew Gee, said.

Table 1 – Status of evaluation for malting accreditation by MBIBTC 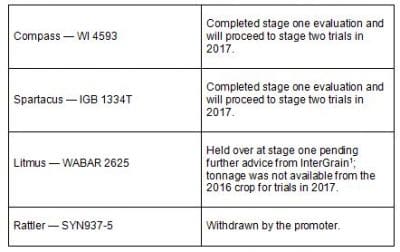 1 : InterGrain is a field-crop breeding company in Australia

Barley Australia said the MBIBTC would assess Compass and Spartacus through 2017; both promoters had indicated sufficient grain was available from the 2016/17 harvest.

It anticipated a final recommendation as to MBIBTC’s malting evaluation of Compass and Spartacus varieties for malting barley accreditation would be considered at its meeting planned for February 2018.