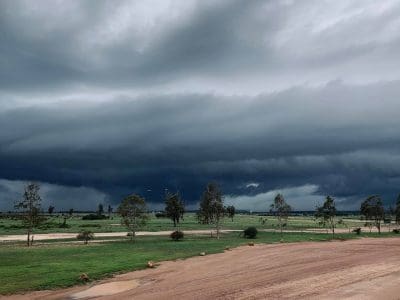 PRICES for wheat and barley have dropped by $5-$20 per tonne as the promise of pastures clips demand from custom feeders in the north, and modest tonnages come forward from growers and pool operators in the south.

While far from drought-breaking, rain in parts of Queensland and northern New South Wales has smaller feedlots reducing intake as graziers step into the market and tighten supplies of feeder cattle.

However, major feedlots, especially those which are vertically integrated, are expected to remain at capacity.

Trade sources say they are continuing to source wheat and barley from the Brisbane free-on-truck market, or from railheads distributing grain from South Australia and Victoria.

Prospects for a big sorghum crop in Central Queensland have seen the June-July market tumble, and likely to buy demand from poultry and pig feeders, and possibly the export market.

In southern NSW, Griffith-based Grain Link trader Richard Gale said the wheat market had dropped $5-$8/t in the past week to around $380/t delivered Riverina.

The southern NSW barley market has also eased, and is trading at around $340-$345/t.

“This rain is going to have some very short relief on pricing, but even if you put a sorghum crop in now, it’s not going to get to the market before June,” Mr Gale said.

A lively wheat export program, coupled with reasonable demand from the South East Asian stockfeed market on barley, is putting a floor in white-grain prices.

“The domestic market is probably set unless overseas values ease.”

Coronavirus has also been seen as a bearish factor.

Shutdowns affecting many sectors are in place in China to minimise the spread of the disease, and this powerhouse of global demand remains absent from grain markets after its Lunar New Year holiday period.

“It’s the perfect storm for the bear in the market, and we’ve got farmers and pools selling some of their barley,” one source said.

The delivered Melbourne barley market is trading at around $320/t, $20/t less than last week.

This is seen as roughly $15-$20/t above export parity, but possibly cheap enough to encourage global trading houses to build a long position based on Australia’s tightening stocks situation.

Flexi Grain general manager Jarrod Tonkin said coronavirus, weaker wheat futures and recent rain had all been behind the softening in prices seen in the past week.

“There are also cash-flow requirements and logistics for fertiliser, with roughly half a million tonnes of fertiliser that has to come out of ports like Adelaide and Geelong ahead of winter-crop planting.”

This will establish the trend of growers bringing loads of grain to port, and going home with fertiliser in their tippers.

Victorian barley on a delivered-port basis is seen as being around $25/t dearer than Western Australian barley, which is about $15/t over export parity.

“If we did go down from these levels, export markets will engage.

“We don’t have the surplus in Australia to support the domestic market and big export demand, so if export demand continues, the balance sheet is supportive of price.”

Softer Victorian values have pulled down the Brisbane free-on-truck market, with wheat down around $10/t over the week to $440/t for March-April, and barley down $20/t to $375/t.

The delivered Darling Downs market appears to have softened further, now that some feedlots are ratcheting back their feed requirements as rain regenerates pastures.

On sorghum, trade volumes have been minimal in the market up to May, and June-July is trading at around $410-$415/t delivered Downs.

This is down around $50/t over the week as prospects for a widespread planting of sorghum continue to build in Central Queensland.

While some sorghum crops have been planted in southern Queensland and northern NSW in recent weeks, the likelihood of them producing significant quantities of grain is limited.

This is because they have been planted against the advice of most agronomists, and roughly eight weeks past the ideal planting time.

They are therefore at risk of running out of moisture if the rain cuts out, suffering from yield loss caused by the ergot fungus at flowering time, or getting frosted in April and May.

Most growers in summer-cropping areas that have been lucky enough to get 100 millimetres or more of rain in the past week or two have planted mungbeans, or maize and sorghum for forage.

Still more are banking their soil moisture for a winter-crop planting.