THE Indian Government may be moving towards programs which stimulate consumption of pulses in a bid to clear a backlog of stocks and better satisfy the population’s nutritional needs, according to Guruswamy Chandrashekhar, who will be delivering a keynote address to the Australian Grains Industry Conference (AGIC) in Melbourne on 1 August. 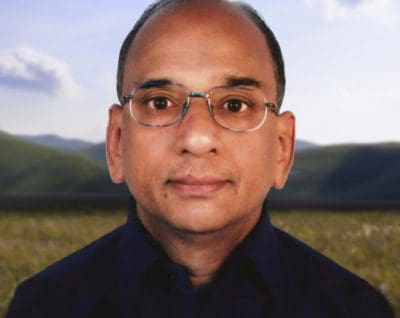 “It needs to be liquidated soon in order to minimise carrying costs.

“I have recommended the policymakers focus on boosting consumption rather than strangulate imports, especially given the serious nutrition challenge the country faces.

“There is reason to believe the government is working on a plan to boost consumption by marketing pulses through government-funded welfare programs such as the Public Distribution System.”

India’s next general election is to be held before May 2019, and Mr Chandrashekhar said welfare programs were expected to be a policy priority in the lead-up to polling.

Mr Chandrasekhar said pulses were the most economical vegetable protein available, and were the staple diet for the vast majority of India’s population.

He said two successive years of large Indian pulse harvests had depressed domestic prices to levels well below the minimum support price assured by the Indian government to farmers.

“The price behaviour is despite unfriendly trade and tariff measures that sought to choke supplies from abroad.”

These measures, intended to open the pathway for home consumption of Indian-grown pulses, have shut the door on Australian chickpea exports, and Canadian peas and lentils, along with emerging pulse-producing nations’ exports.

Mr Chandrashekhar said origins which had recently moved into pulse exporting such as Ukraine and Russia via Black Sea ports, and Ethiopia, Mozambique and Tanzania, were all “rather upset” with India’s highly restrictive import policy.

“Their domestic prices have collapsed and growers there are deeply disillusioned.”

Trade sources have said this was likely to cause production in those countries to falter, if only in the short term.

While India’s imports of Australian chickpeas have collapsed (link here to earlier story), Australia’s trade to Pakistan has strengthened.

Mr Chandrashekhar said there were developments occurring in regional trade, citing the possibility that India might become a more significant, opportunistic exporter.

“Bangladesh and Sri Lanka continue to import pulses to meet their consumption needs.

“On July 4, in order to encourage growers to plant summer crops for food, the government further raised the minimum support price for some pulses including pigeon pea (tur/arhar), black gram (urad) and green gram (moong).”

While the size of India’s recently harvested winter, rabi, pulse crop which includes chickpeas was historically high, this month’s poor planting rains for the summer pulses to be harvested in September and October may cause that crop to come in on the low side.

“The temporal and spatial distribution of southwest monsoon rainfall since June 1 has been less than satisfactory so far.”

“I expect acreage for pulses to shrink by about 10 per cent to 10 million hectares, and the harvest size may fall short of the production target of 8.9Mt.”

He has developed a thesis: Five major drivers of the global commodities market that no trader can ignore, which he teaches and has become popular among students of markets and price risk management.

As an economist, he speaks on how India’s economic growth over the next 25 years will be commodity intensive. He also writes for the The Hindu Business Line newspaper, and commentates on the business television channel CNBC.

He does not hold any trading position in any commodity, and consults on policy matters with government officials.

Click here to download the My Yapp app where you can view all speaker profiles for the AGIC 2018 conference.