GROWER pulse prices are stuck in a holding pattern, looking to the skies in Australia and in South Asia where pulse crops are now being planted. 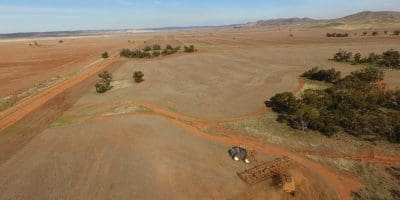 Traders report Australian new-crop pulse activity has been limited largely to chickpeas, as growers wait for rain before committing to sales of other new-season pulses.

Dry patches in some of Australia’s grainbelt have also seen growers keeping their sales books shut on their dwindling inventory of current crop.

Timely south-west monsoon rain began its march across India this week; good news for growers who are waiting on the system, which is advancing north-west from the Bay of Bengal, to plant their kharif-season pulse crops.

Can India sustain its record pulse production this year?

“The kharif pulse crops are comprised of pigeon pea (tur/arhar), black matpe (urad), and green gram (moon). In the 2016/17 kharif season, the harvest size was 8.7  million tonnes. We need to track the onset and progress of the southwest monsoon (likely to set in June 1), as well as the progress of planting.

“The next two months could be a period of uncertainty,” agribusiness and commodities market specialist, G. Chandrashekar, said in the report, warning of disillusionment among growers leading to a prospect of lower output this year.

“The world market should begin to gear itself up for a decline in India’s pulse production in 2017/18,” he said.

“At this point in time, it is tough to forecast the extent of the decline, but it should come as no surprise if production drops by 10 per cent.

“Reports suggest, unlike this time last year, Indian importers have not made frenzied forward commitment from overseas sources.

“Depending on the outcome of the kharif season, there is risk they could be caught short.  India’s peak consumption demand season (driven by a series of festivals) is from August to October.”

“It’s hard to know if the recent higher prices are sustainable, or whether this faba market has already topped,” he said.

Domestic demand from stockfeed manufacturer Ridley had also been significant.

“End-users have finally cottoned on to feed beans in Victoria, so they have taken a fair lick of them.”

End-users earlier had also bought a lot of lupins. Trade in field peas, by contrast, had been unusually quiet since harvest in both domestic and export markets.

Gross margins of various pulses are being reflected in this year’s planting intentions.

Mr Vater said faba area would be down, and lentil plantings again would be up.

Even though lentil values had declined heavily in recent weeks, they still delivered good margins for growers.

“People are growing lentils here that have never grown them before,” he said.

The container export market for current-crop lentils was subdued.

Bids from destinations such as Bangladesh had dried up ahead of Ramadan, the Holy month, which would commence next week.

Mr Mallon said faba beans prices had a recent peak of around A$270/t delivered Melbourne, but the demand had since fallen away.

“Based on what growers have been used to, faba beans have probably gone from being an extremely good price last year to being at the poor end of prices this year, back by probably 40pc.”

Mr Mallon believed the possibility to remedy low prices would be a market-moving factor such as a drought in Australia to boost local demand, or a significant issue overseas to lift export prices.

He said lower planting in Australia, of itself, would not increase prices to growers.

Current-crop activity and new-crop prospects for desi-type and kabuli-type chickpeas continued to bankroll profitability for farmers across Australia in regions capable of growing them.

Kabuli in South Australia and Victoria can be grown typically where lentils can be grown, though individual yields and agronomic factors will shape expected returns.

Based on the DCT new-crop desi chickpea price, he said growers would probably make around A$800/t delivered country packer.

A $200/t premium for kabuli over desi is higher than would normally exist.