That spike (Chart 2) was caused by extreme dryness in the hard-wheat growing regions of northern United States and southern Canada. 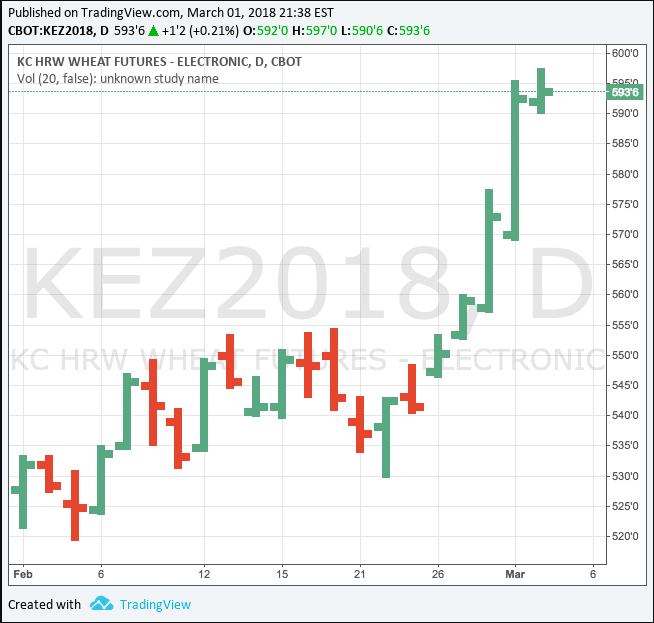 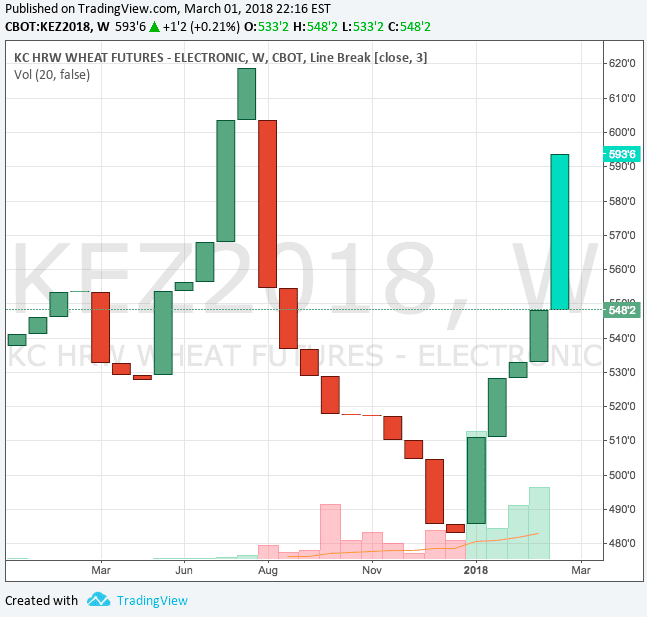 Conditions this year have been worrisome not only in spring-wheat regions but also also in winter-wheat areas, where crops now coming out of dormancy are facing a lack of subsoil moisture as they come out of dormancy.

Weather forecasts have held little hope of rain needed to propel seedlings into their vegetative phase of growth.

With autumn now here, Australian wheat growers have entered the period when they might think about pricing some wheat they’d be planning to plant between April and June.

While prices have improved in the past month, one consequence of the rise in futures was an eroding basis, and trade sources said Australian new crop cash wheat bids would not yet draw widespread grower selling.

Market Check head of strategy, Nick Crundall, said the recent rally in global wheat values presented a good opportunity for Australian growers to look at taking some price risk off the table for the upcoming 2018/19 season.

“Although current forward prices for APW1 are around A$310/tonne at Port Kembla and $295/t Melbourne, they are actually fairly low on a relative value basis,” Mr Crundall said.

“Selling new-crop in March means taking significant production risk considering the crop isn’t in the ground yet, and growers should avoid making decisions based on a headline number without weighing up alternatives available.”

“In the event of crop failure, this strategy would incur no washout fees, unlike a forward contract that would be likely very costly in a drought market,” he said.

“The other benefit is that we can protect a bigger percentage of expected production than if we use forward contracts due to not having the washout risk.”