Australia’s agricultural sector needs to capitalise on its advantages to become more productive and expand market share in key markets including Asia, according to Agribusiness Australia. 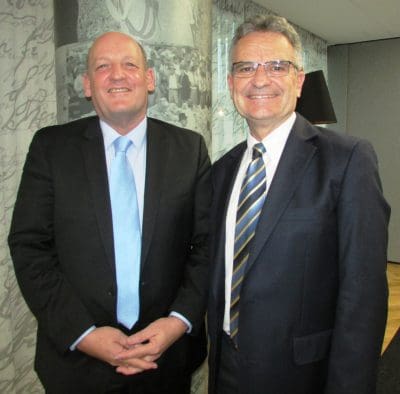 “Australia is losing market share in Asia, where agricultural trade is growing most rapidly. There is no room for complacency,” Mr Allison said, who is also the MD and CEO of Elders.

“Australia’s proximity to Asian markets provides some advantages over other agricultural produce exporters in terms of lower freight rates and shorter shipping times, but this will not guarantee future export success.”

“It is a wonderful challenge, and simplistically the solution is to produce more, but we need to produce more in a way which is sustainable and shows due respect to environmental and animal welfare considerations,” he said.

“We grow enough food presently to feed 60 million people, which is around 1 per cent of world population,” Mr Burrow said.

“Australia, with abundant sunshine, needs to maintain its contribution to world food production with only limited arable land and very little of the world’s water.”

Mr Burrow said now was an ideal time to stimulate a connection between people in cities and those in agriculture; 80pc of Australians are expected to be living in just four cities by 2050.

“A renewed community trust in our agribusiness sector’s sustainability and productivity from research to retail needs to be gained.”

“Public support for R&D has been declining since the 1970s, despite the large long-term benefits and strong evidence to productivity growth.  This mirrors our society’s march to urban living,” Mr Burrow said.

While welcoming strong private sector spending in innovation and research, along with international connections providing overseas collaboration, Mr Burrow said the industry could not rely on private investment alone.

Queensland has a key role to play in advancing the nation’s agricultural sector, according to Agribusiness Australia.

It said Queensland’s proximity to important international markets, the likely enhancement of its access to domestic markets, and its reputation for quality primary products placed it in a promising position in terms of potential for agricultural growth.

However, Mr Burrow said that potential will only be realised through increased investment in infrastructure and a concerted effort to increase productivity from existing resources.

“The rail link is a long-overdue piece of infrastructure which will no doubt generate substantial efficiencies in movement of produce from one end of Australia to the other,” Mr Burrow said.

“We see it as being the catalyst of spin-off investment in agriculture and agribusiness more broadly, and this is something Queensland should be exploiting given that it sits at the top end of the proposed new rail system.”