GRAINCORP has cited concerns about the rising cost of energy and its impact on the bottom line for its malt-processing and edible oil divisions which rely heavily on it, the company’s CEO and managing director, Mark Palmquist, said this week. 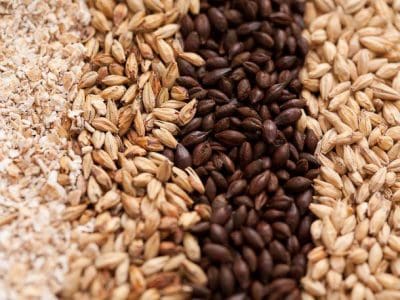 After announcing GrainCorp’s profit results for the year ended 30 September, Mr Palmquist said increasing energy costs were of concern in the fiscal 2018 forecast.

“Rising energy costs continue to be a serious challenge for the long-term sustainability of food and malt processing in Australia,” Mr Palmquist said.

Mr Palmquist said GrainCorp was looking at ways to mitigate volatility in energy in order to remain globally competitive.

“One negative aspect we have for FY18 going forward is that our energy costs in Australia are increasing, so for malt it is a $4 million increase from 2017 to 2018.”

He said the bottom line for oils was also being impacted by energy costs, with the oils division expecting to spend $5m more on energy in FY18 than it did in FY17.

“We are evaluating a range of energy efficiency and alternative generation options to mitigate the impact of energy price volatility.

“This is important to remain internationally competitive.”

Capital was transferred to a 120,000 tonnes per annum expansion of maltings at the efficient and strategically located Pocatello plant in Idaho, United States.

“We will keep looking at where the best returns are; if we see higher growth in markets elsewhere and if we have more certainty of cost structure to run the businesses, that is what is going to attract the capital.”

GrainCorp’s total annual malting capacity is quoted at around 1.4Mt, which includes 120,000t which was added to Pocatello’s capacity in FY17.

The meeting was told the seasonal nature of company earnings from east coast Australian grain handling would remain underpinned by investments in other businesses around the world.

Investors were told the company’s earnings from its eastern Australian grain-handling operations be supplemented by profitable investments in businesses around the world, and that businesses which either were not core or failed to meet return-on-equity targets would be sold.