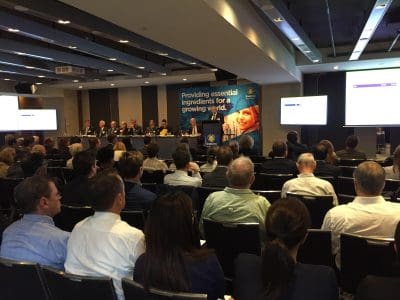 EXPANSION of GrainCorp’s offshore operations is taking place while drought continues to pummel earnings from its domestic operations in Australia’s eastern states, and Long-Term Asset Partners (LTAP) advances its interest in launching a takeover bid for the company.

That was the thrust of addresses from chairman Graham Bradley and chief executive officer Mark Palmquist to GrainCorp shareholders at its annual general meeting in Sydney today.

Mr Bradley said GrainCorp was continuing to “engage constructively” with LTAP so it could undertake due diligence and seek to develop a formal binding offer capable of consideration and response by GrainCorp’s board of directors.

“GrainCorp has further sought to assist LTAP by responding to detailed questions and through conducting management presentations – all under strict confidentiality provisions.”

“Today I can confirm that GrainCorp has been approached by a number of parties who have expressed serious interest in purchasing part or parts of our portfolio.

“I am not in a position to disclose further information about these parties or discussions today, as our engagement is ongoing, incomplete and the details are, of course, subject to confidentiality.”

Mr Bradley said GrainCorp had benefited from business and process simplifications made in its grains business, and that the company was looking at options to rejig other parts of its portfolio along the same lines.

Mr Bradley told shareholders that GrainCorp’s board had approved the establishment of a presence in India to build the company’s exposure in the pulse trade. 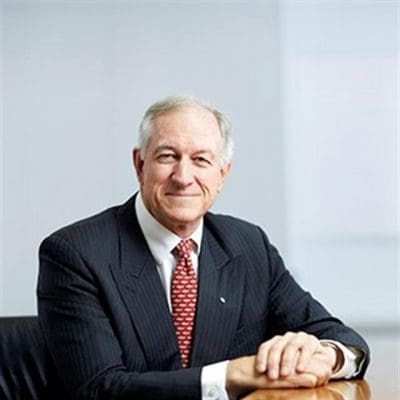 “We need to expand ourselves into that container base, and that requires us to get closer to that customer.”

Mr Palmquist said that involved establishing warehousing facilities in India to better service the ebbs and flows of its domestic market as part of GrainCorp’s expanding international footprint, which includes its involvement in the GrainsConnect project in Canada.

He said GrainCorp’s recently opened Ukraine operation was getting involved in “very good trading” in the Black Sea region as it ramped up its sales into markets to its east.

“We are seeing Black Sea wheat in particular coming into our back yard, and also seeing barley moving into that region.”

Mr Palmquist said GrainCorp was among Australia’s barley exporters dealing with China’s anti-dumping investigation into pricing of the commodity.

“It certainly has created some disruption in trade flow.

“It’s one of those variables that’s hanging out there, and it will certainly have an impact on us in 2019.”

End to take or pay

Mr Palmquist said a new rail contract had been signed which virtually eliminated take-or-pay obligations, and associated fixed costs, on rail slots from next financial year.

“When our crop is low, the weight of that could be a $25 to $27-million negative to results inside grains.”

He said the new contract much better fitted the peaks and valleys of east-coast grain production, and enabled GrainCorp to better control its variable costs.

ABARES yesterday forecast Australia’s sorghum crop currently being harvested at 1.3 million tonnes (Mt), down from industry estimates of around 2.2Mt when the planting window opened in September-October.

“It means a deficit for east-coast Australia, and we will see some imports coming in, primarily from Western Australia.

“We’re able to take care of the feed demand that exists, and we haven’t had to reach out and import from other countries, but we’ll see where it all ends up.”

Mr Palmquist said GrainCorp had brought in around 1Mt of intrastate grain by ship to date, and shipments were likely to continue in the short term at least.

He said GrainCorp had done most of the 100,000t of current-crop grain exports from Australia’s east coast, and had out-turned 1.3Mt of interstate grain to the domestic market in the current drought period brought in by ship and train.

“Rail from Victoria has gone to northern New South Wales, and also up into Queensland.

“It looks like it will have to be primarily supplemented now with vessels coming in from WA.”

Mr Palmquist said GrainCorp needed to find ways to grow beyond Australia’s eastern states, in part because growers had more on-farm storage as part of the grain industry’s changing marketplace.

“They are looking for more solutions, and quite honestly, more markets.”

He said CropConnect for grain trading and Croptimiser for grain blending were two platforms which were proving popular with growers, and helping to increase efficiency, perhaps ahead of fixed assets.

“We’re finding we need less assets to run the business.

“There are still gaps inside our networks; there will still be investments in country facilities, just not at the level we have seen previously.

Shareholders were told GrainCorp would continue to focus on improving performance and efficiency in its oils division.

“However, we expect ongoing pressure on crush margins due to the limited supply of canola arising from the drought conditions,” Mr Bradley said.

Mr Palmquist said the recent expansion at its crushing plant at Numurkah in Victoria had gone well.

“We look forward to a bigger canola crop so we can find out how much oil and meal it can produce.”

Mr Bradley said growing conditions had deteriorated further in recent months, with year-to-date rainfall among the lowest recorded in the past century, and most of eastern Australia in drought.

GrainCorp’s malt business operations in Europe and North America are expected to post a strong performance in the company’s current financial year, which ends 30 September.

Mr Bradley said GrainCorp Malt was also continuing to expand its distribution capability in the United States, and had recently opened a new warehouse in Florida, with more sites in the pipeline.

“We expect a further strong performance from the malt business, driven by continued strong demand for specialty malts used in craft and distilling.

“GrainCorp Malt will benefit from a full-year contribution from the Pocatello plant, and will also be working towards delivery of our $94 million expansion of malting capacity at Inverness and Arbroath in Scotland, a project due for completion in calendar year 2021.”

The project will increase malting capacity in Scotland by almost 80,000t, and will support strong growth in distilling demand.

Mr Palmquist said GrainCorp’s malt division continued to be a market leader, based on the evolution of the craft-beer market it can supply from its plant in Pocatello, Idaho, US.

He said the market’s growth was around 4-5 per cent per annum, with 1000 brew pubs appearing last year, and another 800 expected this year, and Scotland was seeing expanding malt demand which would benefit GrainCorp’s operations there.

Growth in the market for Mexican-style “party beer” was also seen as benefiting GrainCorp’s malting operations.

“In distilling, single-malt whiskey is still growing at strong rates, up to 5-10pc, depending on the region.

“Our expansion in Scotland is getting good pull from our customers.”