GRDC embarks on process of transformation More than 600 people are attending the GRDC Update in Perth.

THE Grains Research and Development Corporation (GRDC) has embarked on a process of transformation with a focus on greater transparency, targeted investment and increased stakeholder engagement. 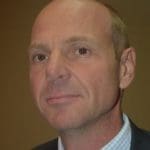 Opening the GRDC Grains Research Update in Perth, GRDC chairman, John Woods, said it was time to change the perception that the GRDC was an overly bureaucratic organisation.

“We would like to change that and be seen as good to do business with and far more nimble and responsive in the way we do business,” he said.

Mr Woods said with a significant number of new personnel in the ranks, including a new managing director and a new chairman in the past 12 months, there was momentum for change in the GRDC.

“We want to invest, not just fund. We want to create, we don’t just want to toddle along using old technology,” he said.

“We have talked a lot in the past of investing for productivity. That is only one measure in my view. We need to invest for profitability. Without profitability, none of us survive.

“We will have an appetite for more things on the table to consider than what we have done in the past.

“We are keen to grow networks and partnerships with growers and research partners. We are absolutely focussed on the growers and the alignment of our investment dollars delivering to growers’ priorities.”

WA gearing up for promising start to winter crop planting

Welcoming more than 600 delegates to the Perth conference, GRDC Western Regional Panel chairman, Peter Roberts, said on the back of WA’s record winter crop harvest of an estimated 18.2 million tonnes and solid summer rains in many parts of the grain belt, the State’s grain growers were gearing up for a promising start to winter crop planting.

He said preserving stored soil moisture, preparing for likely high disease pressures and planning to manage frost risks later in the spring would be high priorities for growers this year.

Mr Roberts said 2016 had been unpredictable and challenging, despite starting with solid rainfall that continued to track well across the growing season into August.

“Waterlogging along the south coast and in south west districts of the Albany port zone caused significant issues for growers in those regions,” he said.

“Then there were the devastating spring frosts associated with record cold temperatures in some parts of the grainbelt and, with advanced growth, many cereal crop yields suffered badly.”

Mr Roberts said considering the frost incidence and severity in 2016, the achievement of a record harvest highlighted the resilience and adaptability of WA grain growers.

“What we are showcasing at the Grains Research Update, Perth – and associated GRDC Regional Update events – is the latest in research and development findings and innovations,” he said.

“This can equip growers and advisers with the knowledge and tools required to enable them to capitalise on opportunities and reduce their exposure to risk by further developing flexible, sustainable and profitable farming systems.”