AUSTRALIAN grain farmers are banding together to deliver humanitarian support for Ukrainian farmers and farming communities.

The Aussie Grain4Ukraine appeal has been launched today with a shout-out for Australian grain farmers to display Ukraine flags on their farm machinery during seeding.

Aussie farmers are also being urged to share images of their flags and machines on social media with the #AUSSIEGRAIN4UKRAINE hashtag.

To back the cause, Australian grain producers can donate grain delivered from this year’s winter harvest via a dedicated Grower Delivery Card in the National Grower Register system.

A farmer-led sub-committee of Grain Producers Australia (GPA) has been formed to drive the fundraising campaign and direct targeted humanitarian support in response to Russia’s invasion of Ukraine.

“Grain prices have gone up due to this conflict and we want to contribute some of this upside to the greater good of humanity,” Mr Stacey said.

“We’ll be donating some of the grain we deliver at harvest to be sold for this cause.

“We want other Australian farmers to do the same.

“These funds will be allocated towards programs that will help Ukrainian farmers and their communities with long-term recovery efforts.” 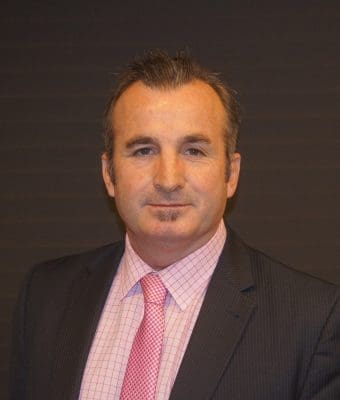 “We are encouraging Australian grain farmers to fly the flag for Ukraine to show our support for Ukraine farmers and to provide ideas and suggestions, from anyone in the grains industry and across Australian agriculture, on where and how to target the best possible support,” Mr Bettles said.

The sub-committee will analyse these suggestions and determine the most appropriate programs.

“This approach will focus on directing funding towards long-term, future recovery efforts for Ukrainian farmers and their communities, to make a genuine difference, as they come out the other end of this conflict.”

Sub-committee members also have experience and connections to Ukrainian agriculture, including as Nuffield Scholars.

These contacts are also being harnessed to provide insights into the Ukrainian conflict, and help inform the sub-committee’s decision-making, along with other expertise.

Sub-committee members and West Australian grain farmers, David Fulwood, Simon Wallwork and Brad Jones said they welcomed contributions from other grain farmers on how this humanitarian support can be directed through different aid programs.

“Many of us have close friends in Ukraine who grow wheat just like we do, but they are experiencing something right now that we here in Australia can’t fully comprehend,” Mr Jones said.

“This is our way of taking some positive action to help them out and let them know we care.”

“To demonstrate our support, it would be fantastic to see an army of Australian grain farmers putting their Ukrainian flags out and sharing this call to arms on social media,” Mr Wallwork said.

“We can also back this effort by also donating a portion of this year’s grain harvest to the cause.”

“We also welcome other grains industry leaders and members, especially bulk grain handlers and marketers, putting their hands up to contribute any way they can, to empower this effort,” Mr Fulwood said.

“The aim is to give some hope and inspiration for Ukrainian people about the future.”

Market analyst and sub-committee member Andrew Whitelaw urged others to get involved and contribute resources to support the cause of global humanity via Australian grain production.

“When Aussie growers are planting seeds this year, they’ll be doing so knowing they’re doing more than just helping to feed the world,” Mr Whitelaw said.

“Every little bit we do now can help make a big difference to the lives of Ukrainian people in the long-term.”

The sub-committee members also made a call to action from groups in other parts of the world.

“Australian grain growers are the first to start up a grain donation drive for Ukraine; we call upon our sister organisations around the world from France to Canada to follow suit,” they said.

Once determined by the sub-committee, a list of the programs will be made available on the campaign page, prior to harvest, so growers know where fundraising is being directed.

Once complete, a project report will also be posted for full transparency.

The Grower Delivery Card in the NGR is numbered 1500 4442 and registered to GPA.

Ideas for support programs and suggested aid measures can be submitted through the campaign page.