Gairdner property, Cawarra, was the largest of a three aggregation proposition that recently went under contact for a record price. Photo: Elders

THE RURAL property market in Western Australia’s cropping country is booming, with high commodity prices and a shortage of offerings setting new benchmarks for land across southern parts of the state.

An aggregation at Gairdner is the latest offering to set a new price record.

“Rural real estate in Western Australia across the board, is hot,” Mr Thomas said.

“I have been in real estate for 22 years and I’ve never seen the market like this.”

He said traditionally WA rural properties are sold in spring; however, the Gairdner aggregation bucked this trend.

“This one came to market in January, but that didn’t hold back people, so the demand is obviously still out there.”

He said this demand is being fueled by high with agricultural commodity prices and farmers looking to expand their existing operations. Arrowsmith (3301ha), located about 10 kilometres away, joined the proposition when the buyer showed interest in purchasing further land in the area.

Mr Smith said Arrowsmith was originally put on the market in February 2021 but was later taken off and farmed before selling with the two other properties.

He said some in the industry thought the sale price was too high for the properties.

“It was on par with our expectations, but everyone else thought it was a bit high,” Mr Smith said.

“However, by the time it sold, it was probably cheap buying.”

Mr Smith said the market “has gone bananas” and he believes this might prompt investors to sell their rural land to capitalise on these high prices.

In the past year, Ms Jefferies has sold three cropping properties, most recently a 3565ha offering at Varley.

She said in the Pingrup region, prices were sitting at about $2000 per arable hectare but have since climbed to almost $3000/ha.

East of Pingrup, prices are about $3700/ha with Varley region properties going for about $2470/ha.

She said demand for cropping land continues to out-strip supply with buyers having to get in quick to snap up the more reliable properties.

“We have seen quite big jumps in prices which has been driven by a lot of demand from corporate buyers from out of the area,” Ms Jefferies said.

“Some of them were sold in a matter of weeks, which is crazy for rural properties.

“In this market, people are having to move very quickly to secure land.

“Buyers are coming to look in these other areas.”

Ms Jefferies said the high commodity prices may be prompting some potential sellers to hold off putting their properties on the market.

“There is still limited stock, even though we have the huge demand.

“I think that is because commodity prices are at record highs. 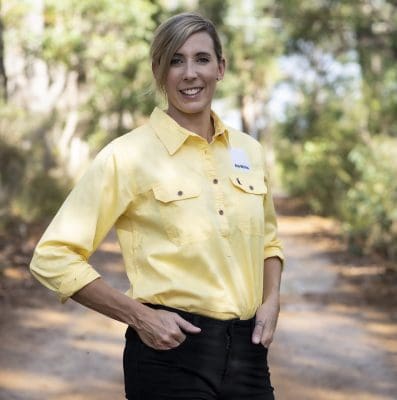 “People still have opportunities to capitalise on having those high commodity prices, which we don’t often have in agriculture.

“I think people are torn between wanting to capitalise on the high land prices and the potential to make good returns.

“Come spring, we will see more movement in the market as people who were sitting on the fence decide to make the most of these high prices.”

Ms Jefferies said growers have had a “cracking start” to the season on the back of a record 2021-22 crop, which will further boost confidence in the sector.

She said this, combined with high demand and commodity prices, will see rural land prices continue to climb.

“With high land prices and high commodity prices, it is a pretty positive space to be in at the moment.

“I don’t think prices will drop back; it might plateau out as interest rate pressures come on and we lose the demand.

“But, with the positive season we are having and another good start, it is fairly buoyant, and people are feeling positive so we could actually see another little jump if we have another good season.”