MANAGING activity in the water market of the Murray-Darling Basin (MDB) will become the purview of the Australian Consumer and Competition Commission (ACCC), subject to the Federal Government enacting legislation.

It confirmed last week all water market-reform proposals would be implemented, which would include a key role for the Bureau of Meteorology, Australia’s lead agency for water information.

Drafting of the report was overseen by Daryl Quinlivan as principal of an advisory group convened by the government to design the practicalities of how to enliven the March 2022 ACCC MDB water markets enquiry report.

On the basis of that report, the government announced its intention to implement all recommendations. 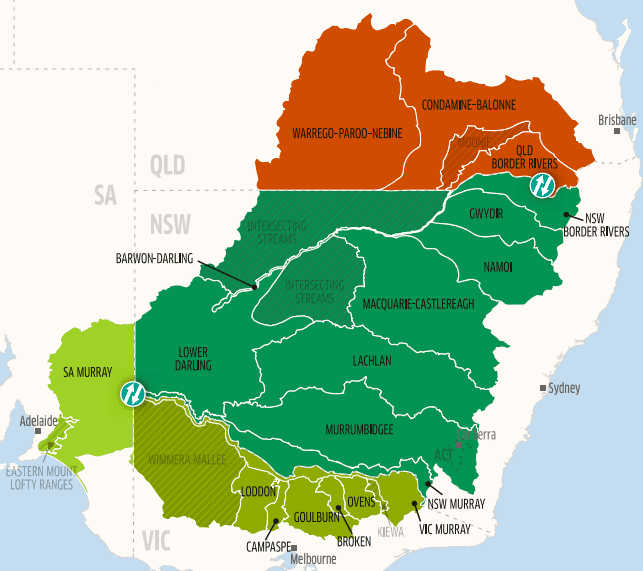 Speaking at a doorstop interview at Parliament House on October 12 after the MDB Ministerial Council meeting, Ms Plibersek said the council had seen significant progress on agreement towards a partnership on water-market reforms.

“We’ve seen some excellent work done on the implementation roadmap to implement recommendations made by the ACCC and I’m very pleased that state and territory ministers have agreed that we will progress that work as well,” Ms Plibersek said.

“Right now across the basin we see a lot of communities that are actually struggling with too much water we’re in the unusual situation of dealing with overflowing dams and flooding in a number of communities.

“But one of the things that we know, for sure in Australia is as sure as it’s wet today, it will be dry tomorrow.

And what we know about the science of climate change is it tells us that in future droughts will be longer, more frequent and more extreme.”

“The benefits of well-functioning Murray-Darling Basin water markets will flow through the entire Australian economy.”

From autumn 2017 to the end of 2019, most of eastern Australia had only brief periods of respite from low rainfall, defining a period of severe and deepening drought, and the long lead time is salient in October 2022 when eastern Australia may be arriving at the apex of the cycle of drought and flood.

The ACCC was instructed in August 2019 by then Treasurer Josh Frydenberg and Minister for Water Resources David Littleproud to resolve the ethics and practises of MDB water market trade.

Throughout the inquiry, the ACCC heard various concerns from irrigators and other market participants about basin water markets, and found that trading behaviours that can undermine the integrity of markets, such as market manipulation and insider trading, were not adequately regulated.

The final report of the ACCC was published on 26 March 2021.

It formed the basis of the final roadmap report.

The report identifies a key role for the Bureau of Meteorology, which should develop and implement a data and systems framework, including a single National Water Data Hub. 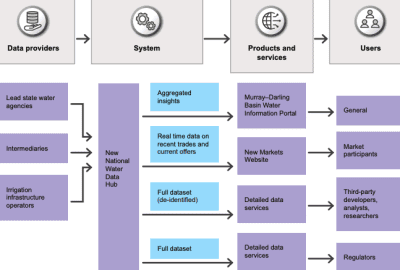